Amazon is giving veterans a discount for its Prime subscription service. The price is normally US$119 but veterans can get it for US$79.

A couple of restrictions to note before jumping on the deal: you can’t take advantage of the discount if you’re already a Prime Student subscriber. Additionally, it’s not possible to use Amazon and partner rewards points to make the subscription even cheaper.

2019 Prime Day will be held July 15-16, and Safe Smart Living put together some tips to help you stay safe when you shop online.

Amazon launched a new delivery service called Amazon Day which could both burnish its green credentials, and reduce costs.

Amazon had a record-breaking holiday season in 2018, with over one billion items bought and millions of Prime memberships sold. 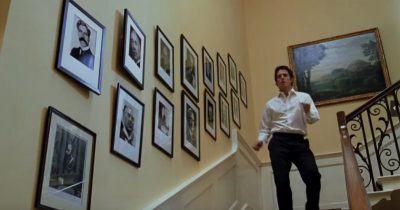 Christmas is the time to binge watch seasonally appropriate films and TV shows. Happily, there is plenty of just that available on Netflix.

Amazon Prime has revealed its 2018 bestsellers, with its own Fire Stick and Echo Dot the most purchased items.

YouTube is changing strategy and moving away from scripted programming and will refocus on advertising instead.

Annual Amazon Prime subscriptions are increasing from $99 to $119 in May for new customers, and in June for current subscribers.

Amazon has over 100 million Prime subscribers, which means now we know how big a competitor the company really is in the streaming video and music market.

President Obama is the hot property the streaming TV services want, and Netflix may be in the lead to land a deal.

Amazon Prime Day, the company’s annual Black Friday-like sales event for Prime members that first launched in 2015, is coming soon. The company today announced that Prime Day 2017 is set for Tuesday, July 11, 2017, and that current Prime members can get an early start on shopping by logging on the previous night, Monday, July 10 at 9:00 p.m. EDT (6:00 p.m. PDT). Like the company’s Black Friday sales, Prime Day shoppers can expect a rotating series of deals throughout the day. Many of the products are clearance-like items that Amazon needs to move, but you’ll still occasionally find big savings on some cool stuff. If you’re not already a Prime member, you can sign up for the free trial which will give you access to the sale as well as all of the other Prime member benefits.

Amazon seems to warming up to the idea of bringing Prime Video to the Apple TV, and it could come as early as this summer. Insider sources say Amazon and Apple have finally come to terms, which should make many Apple TV owners very happy.