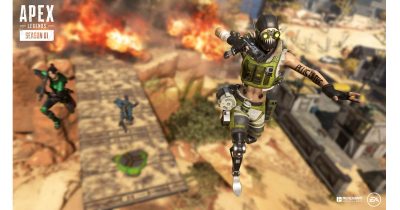 Popular game Apex Legends is coming to iPhone. The Verge reported on EA Games announcing its desire to bring the game to mobile during its earnings call Tuesday.

According to EA, the Respawn-developed battle royale game is “easily the fastest-growing franchise we’ve ever had.” What might be surprising, though, is that EA said it’s looking to bring the game from PC and console to mobile platforms. “We are in advanced negotiations to bring Apex Legends to China and to mobile,” the company said during today’s call….There’s no word on when this might happen for Apex, nor what form the mobile iteration will take. But it appears that EA is trying hard to keep the game’s early momentum going. “We are hugely excited about the future of Apex Legends,” the company said today.