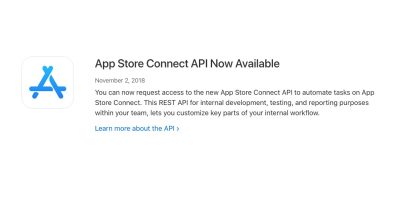 Twitter says one of the reasons it killed the APIs third-party client apps use is because its own apps and website are better.

Twitter is turning off the APIs for key features on August 16th, essentially hobbling all client apps except its own.

Ever since Apple Music first came out, people have been clamoring for an Apple Music web player. Recently, Apple has opened an Apple Music API for developers. Although Apple hasn’t created an official Apple Music web player, Redditor u/zseguin has come to the rescue. It’s still in early development, but the code is available on GitHub. All you have to do to get started is sign in with your Apple ID, and allow the app to connect to your account. Everything is available. Not only can you find your own music, but even Apple Music recommendations in the For You section. However, note that the player is built on an API that is currently in beta. The application may stop working at any time.

Jean MacDonald from Micro.blog and Bryan Chaffin join Jeff Gamet to share their thoughts on Twitter’s plans to deprecate the APIs third-party client apps use, plus Jean fills us in on Micro.blog.

Twitter has an ugly history with developers, and seems hell-bent on cutting them out.

With the introduction of Touch ID and now Face ID, Apple already gives customers the ability to log into websites with a finger or face.

To prevent potential abuse, Apple will monitor the adoption of the API.