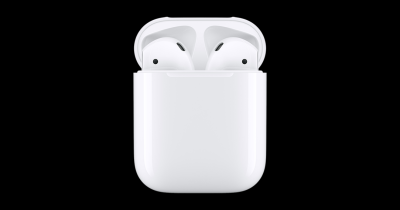 Remember that science petition going around that 250 scientists signed, warning about AirPods and cancer? Turns out it had nothing to do with AirPods.

So rather than finding any link between cancer or other issues in levels of EMF at or below the current, accepted regulations, the scientists involved here were simply asking for more research into to area and suggested that it was probably a good idea to limit human exposure.

Various bloggers picked up the subject and worked to associate it with Apple’s AirPods…without regard for the fact that nothing in the petition even suggested concern about in-ear headphones, Bluetooth, or AirPods.

Over 250 are signing a petition calling on the United Nations and World Health Organization to create stronger guidelines over devices like AirPods and possible links to cancer.

Some experts believe that AirPods may be especially dangerous since the devices sit deep inside the ear canal where they emit radiation to fragile parts of the ear. The scientists also noted other possible health hazards, including an increase in harmful free radicals, genetic damages, structural and functional changes of the reproductive system, learning and memory deficits, and neurological disorders.

Further reading: PSA: Wi-Fi Doesn’t Cause Cancer, Some Guidelines on how to Spot Bad Science.

Not only do these signals not cause cancer, they are unable to do so without rewriting what we know of physics and biology. Here’s why.