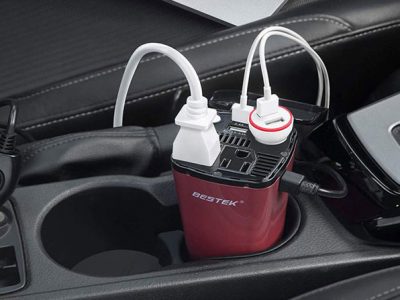 Check out the BESTEK 200W Car Power Inverter, a car charger that boasts 2 AC outlets and 2 USB ports, in addition to a 12V cigarette lighter socket to replace the the power port it’s using in the first place. That’s all pretty clever, but it gets better. While it will fit in a cup holder, as you see in the image we included, it also has a 24-inch cord that gives you more flexibility in where you put it. This device is $24.99 through our deal. 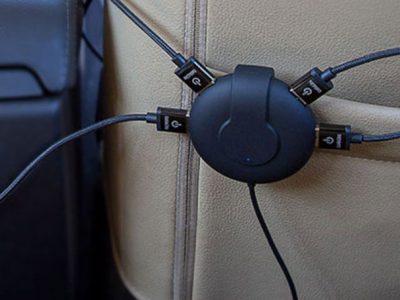 We have a deal on a nifty car charger, especially for families. It consists of two parts, the first of which is a two-port charger that plugs into your car’s auxiliary port (i.e. “cigarette lighter,” for those of a certain age among us). It also has a power port of its own designed for a 5-foot cable that attaches to a 4-port hub for the back seat. That’s 6 ports if you need them, and just two if you don’t. And that hub has a clip that lets you attach it to a back seat. It’s $51.99 through our deal.