In the latest issue of Fast Company magazine, Mark Wilson writes about the business of spying, advertising, and analytics that the App Store enables.

[Apple] designed a dead-simple interface that, to this day, allows users to sign away contacts, location data, and camera and microphone access with a single tap as they install an app. Apple also created efficient APIs—the software connecting its hardware to outside apps—to provide third-party developers access to sensitive user information. Meanwhile, iPhone apps are not required to encrypt their transmissions. “Apple was well known for usability before it was known for privacy,” says Riana Pfefferkorn, associate director of surveillance and cybersecurity at the Stanford Center for Internet and Society.

The Los Angeles city attorney has filed a lawsuit saying that the Weather Channel collects user data for commercial purposes, not just to provide local forecasts.

The government said the Weather Company, the business behind the app, unfairly manipulated users into turning on location tracking by implying that the information would be used only to localize weather reports. Yet the company, which is owned by IBM, also used the data for unrelated commercial purposes, like targeted marketing and analysis for hedge funds, according to the lawsuit.

The New York Times uses the word “covert” in its headline. It’s not that covert though. The Weather Channel has a How is My Data Used page. I’m not defending them but people really need to start reading privacy policies and service terms. Although using dark patterns to obfuscate this is wrong. 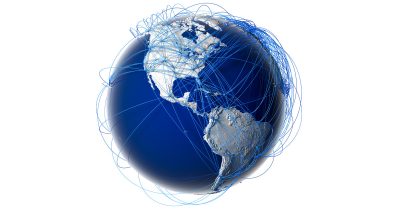