In the Hogwarts Mystery game, you go on an adventure set in the wizarding world, years before Harry Potter received his Hogwarts letter. Explore never-before-seen rooms of Hogwarts Castle and investigate ancient mysteries. Learn powerful magic and knowledge from Professors Dumbledore, Snape, and more. Duel against your rivals and forge alliances with new friends to help you on your adventures. As part of WBIE’s Portkey Games label, this game puts you at the center of an all-new story in the wizarding world. The new update, called the Year 5 update, adds characters, places, and new adventures. “Year Five is a pivotal year for any student at Hogwarts, with the O.W.L. exams looming, new professors to navigate, and for some, a prefect badge on their robes,” said Amanda Heaton, Executive Producer at Jam City. 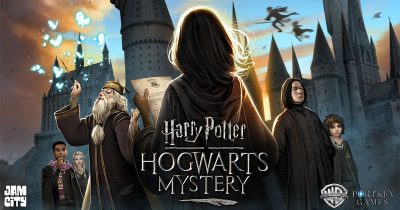 Harry Potter: Hogwarts Mystery is designed to allow players to create their own Hogwarts student and experience life at the wizarding school.