Manage your 3rd-party external “Retina” display, use custom icons for each mounted volume, use private browsing to keep your various Google accounts from conflicting, and move your Dock to make better use of your screen real estate. Folks, that’s just the tips section of this week’s episode. Listen for much, much more!

The Iconfactory has launched a Kickstarter for Twitterrific for Mac. The company wants to rebuild the Mac version of this venerable Twitter client for the Mac, and the company is looking to raise US$75,000 to do it.

Iconfactory has been making a big splash with its new Linea sketching app, a major new entry in the illustration space. Serenity Caldwell has done a great animated (i.e. stop motion video) review of the software for iMore. She said, “Linea has supplanted Paper in my iPad’s dock as my go-to sketching program — and for those who know me, that’s a shocker: I haven’t really sketched in anything consistently other than Paper since its 2013 release.” If you’ve been curious about Linea, you should definitely watch.

The Iconfactory is jumping into the iPad sketch app market with its brand new Linea app, and based on our tests, it’s pretty cool. Linea is going for drawing and sketching, not digital painting, and it has the right tool set for the job. It comes with four pen tips an dan eraser tool, support for five layers, blending and transparency modes, graph paper grids, and one of my favorite features: tap a swatch on the color palette to see several shades for that color. It also includes Apple Pencil support and offers pretty flexible image export options. Linea is priced at US$9.99, and it’s one of the few sketching apps that gets to stay on my iPad Pro. 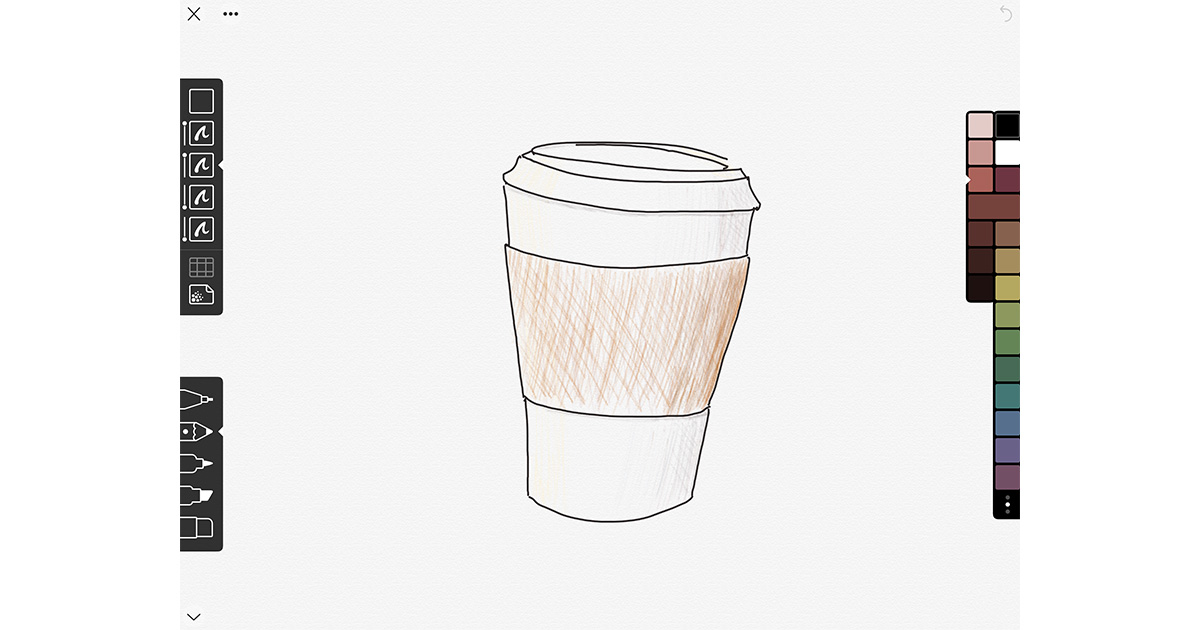