Mr. McCartney’s most recent album—Egypt Station—was released back in September. It has 16 tracks and the song Who Cares has an anti-bullying message. 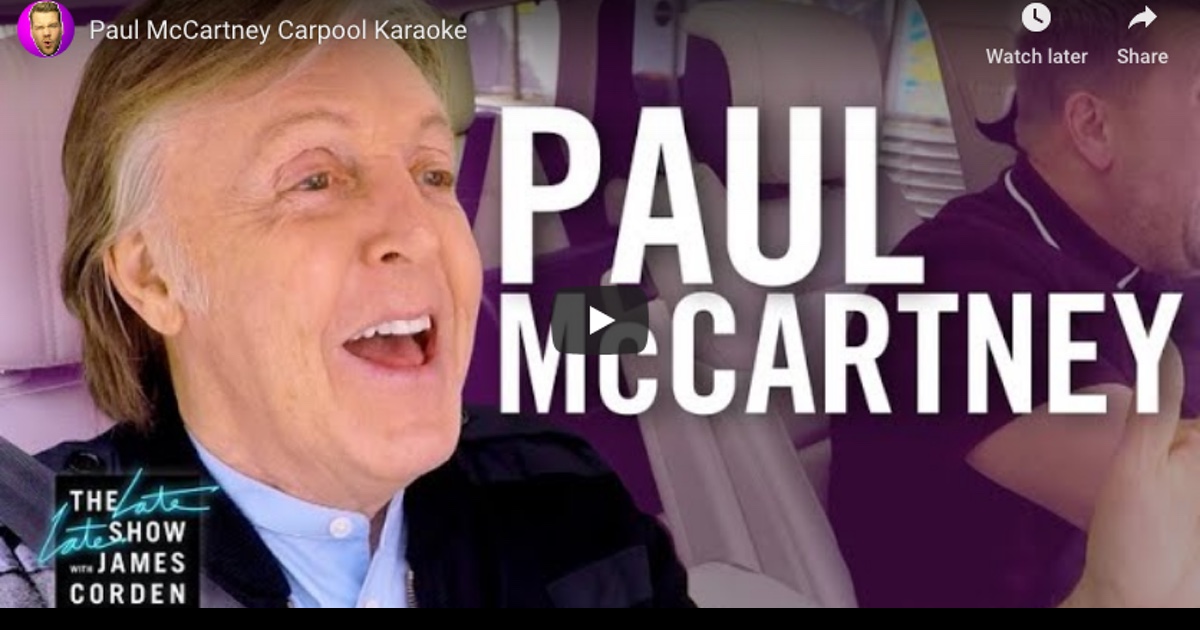 Carpool Karaoke ruled the UK in 2018, but users were less impressed with the video platform’s Rewind 2018 video.

Check out this video of John Lennon, George Harrison, and The Plastic Ono Band in the studio recording “How Do You Sleep?” This recording is labeled Takes 5 and 6. It’s an outtake without the strings and other production work of Phil Spector on the version included on 1971’s Imagine album. I’ve always loved this song, and somehow didn’t realize George Harrison played on it. And Klaus Voorman’s utterly bored and disinterested demeanor is fascinating. Seeing these guys and gal in the studio laying down the tracks, crammed together in a small room in Ascot Sound Studios, is just awesome to me. For those unfamiliar with the lore, the song was written about Paul McCartney in a recorded tit-for-tat spat between the two. John Lennon said he was responding to digs at him on Paul McCartney’s Ram album (also 1971). Speaking of which, Paul McCartney recently downplayed friction between him and his late writing partner. John Lennon also downplayed while he was alive, saying, “If I can’t have a fight with my best friend I don’t know who I can have a fight with.” NPR has more on this recording. It’s a good read.