MGG listener Bill turned us on to a copy of Gordon Moore’s original paper discussing the trend of integrated circuit component density increasing at a rate of roughly two per year. This is the paper that gave rise to what is commonly, though improperly, called Moore’s Law. It’s improper because in that it’s not a scientific law—like gravity—but rather more of an observation of a human-driven trend that was remarkably accurate for a very long time. Regardless, it’s a fun read, and thanks to Bill for alerting us to this! In the pic below, Gordon Moore is on the left, and his Intel cofounder Robert Noyce is to the right. 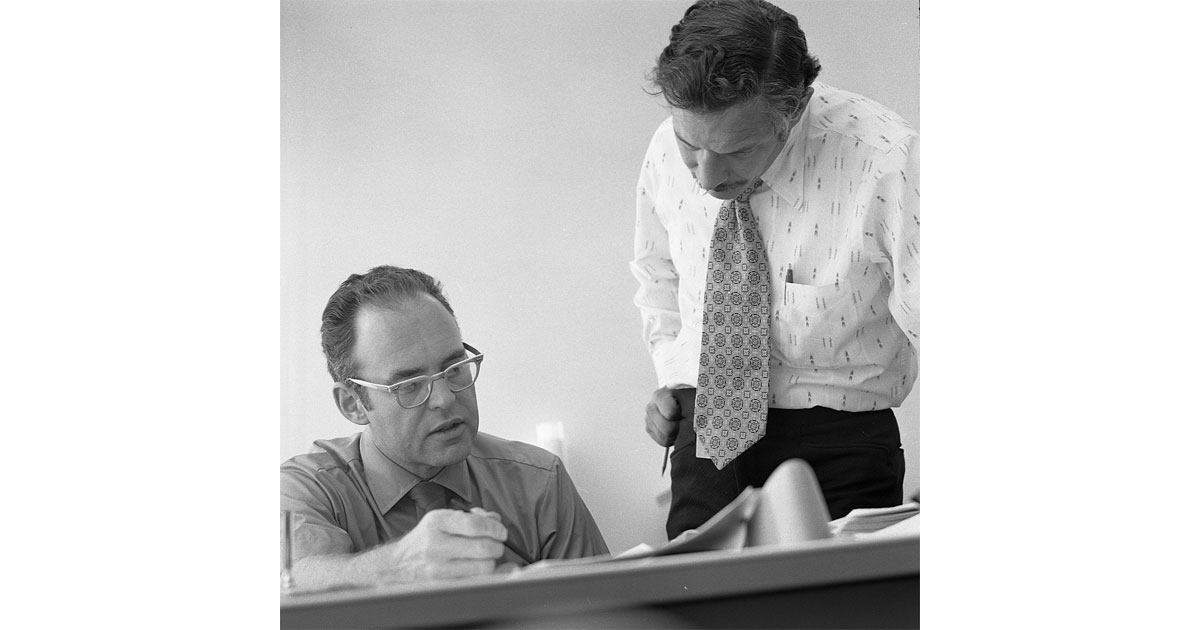