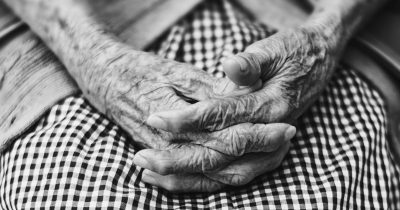 Check out these filmed interviews of senior citizens from 1928 to 1930. One couple was 93 and 96 years old, meaning they were born when Martin Van Buren and Andrew Jackson were president (respectively). More interesting to me is that they were adults during the Civil War and throughout President Lincoln’s presidency. All of the seniors featured in this compilation were at least young adults when Lincoln was president. That’s a seriously different perspective, and I just found watching it fascinating. Oh, and the interviews were conducted in different parts of the U.S., so you get a cross section of society being represented. “The country’s dry now,” said the flappers to the oldster who mentioned drinking the occasional high ball. “You say so, but is it?” he replied. Yep, that was about right. And dude could still tap dance at 93. Salute, sir, salute! And then there was the 86 year old traveling salesman who claimed he had traveled some 2.5 million miles during his career. Good stuff. The fellow who posted it—Guy Jones—said he edited the films and cleaned up the audio.