I found a new tower defense game called Defense Zone 3 Ultra HD. I love the tower defense genre. I’ve written up the Kingdom Rush franchise many times, for instance. Defense Zone 3 is similar, but it uses photo realistic graphics with modern and slightly-futuristic weaponry and enemy soldiers, tanks, and aircraft. Mindless hordes of enemies rush headlong down a path, and your job is to stop them. in some ways, it reminds me of a tower defense game crossed with Galaga/Galaxian. One of the things I like is that it’s difficult. I personally “need” to get through every level without losing a single health point (letting an enemy through), and that is frankly tough. There are only eight maps, but each one is long. Very long. YMMV, but I enjoy lengthy scenarios where I get to keep building and improving my defenses. This game is US$2.99—there are in-app purchases for boosts, too, but I enjoy the challenge of getting through these games without such boosts. I’ve already played this one for at least 10 hours, and it’s burning a hole in the back of my mind even now. Map 4 is killing me. One last note, it’s a hybrid app for iPhone and iPad, but I can’t imagine playing it on an iPhone. Maybe a Plus, but I love this game on my iPad Pro (9.7-inch). 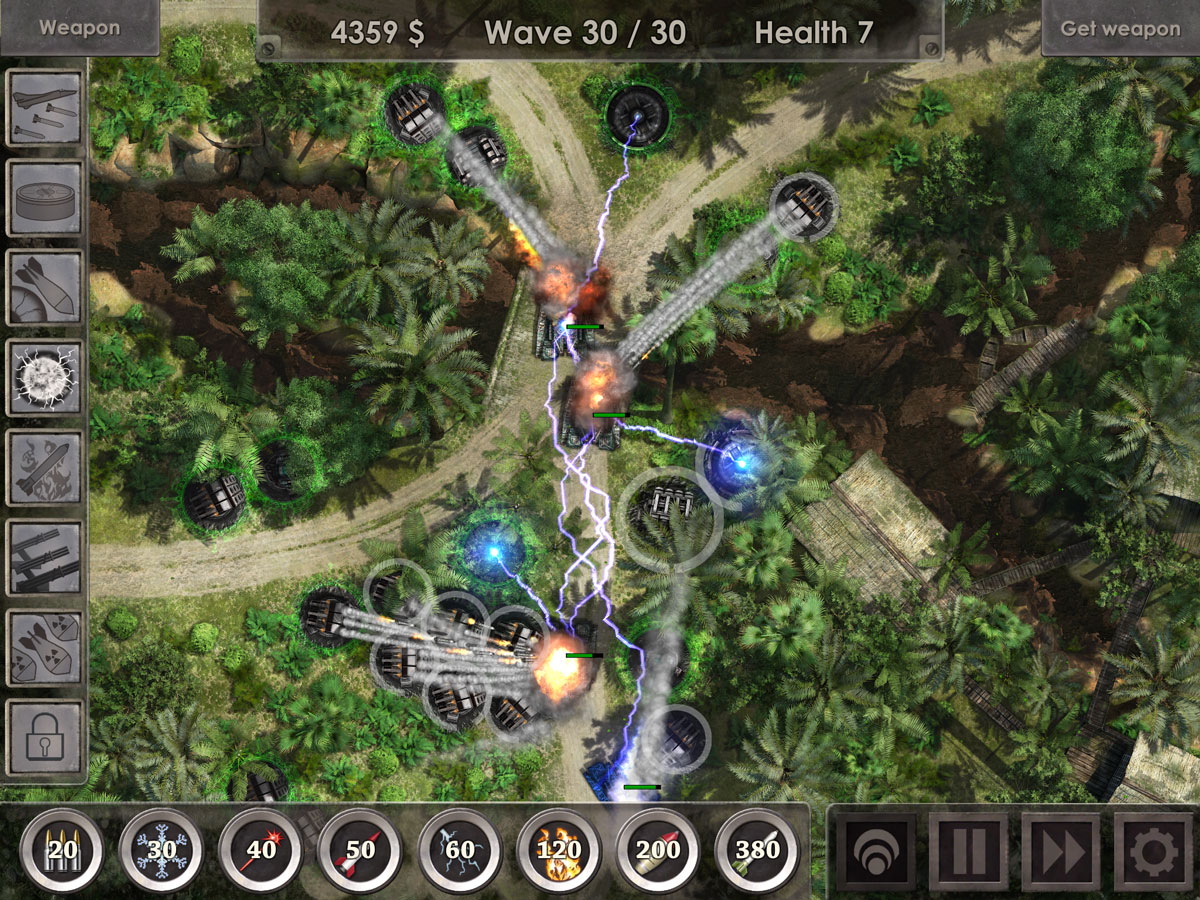