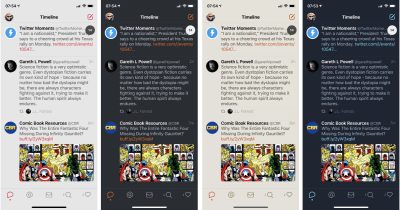 Tweetbot 5 for the iPhone and iPad has five extra themes you can unlock with an in-app donation. Here’s how to do it. 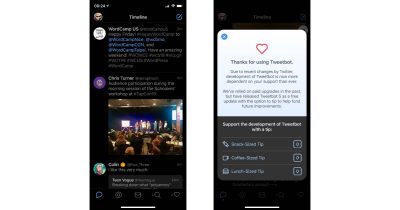 Tweetbot 5 for the iPhone and iPad is out with interface updates, an improved dark theme for OLED iPhones, and more.

Tweetbot 3 for the Mac is out, and it’s loaded with a bunch of new features. The Twitter client has improved timeline management, autoplay (or not) for videos and GIFs, drag-and-drop column organizing, quicker access to DM chats, a dark mode, and more. Tweetbot 3 is priced at US$9.99 and is available at Apple’s Mac App Store.

Twitter has an ugly history with developers, and seems hell-bent on cutting them out.

Twitter is dropping support for its native Mac app, so we went on the hunt for modern alternatives. Turns out you have two choices.

Dave Hamilton and John Martellaro join Jeff Gamet to look at the options now that Twitter has announced its Mac client is no more. They also offer up their thoughts on David Pogue’s HomePod sound quality blind test.