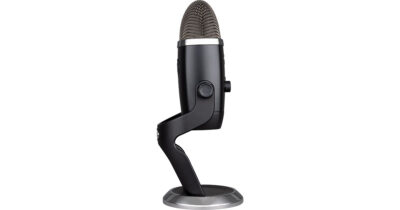 Blue launched a new version of the Yeti microphone, the Yeti X, shown below. The device is being targeted at gaming, streaming and podcasting, but the signature new feature is VO!CE Software, which gives creators and streamers professional voice effects and presets at the touch of a button. Internally, it features a four-capsule condenser microphone array, and it offers high-res LED metering. The presets and effects mentioned above are controlled through a a multi-function smart knob. It ships in October for $169.99.