But no matter which iPhone you have, you can make use of these tips and tricks to make your iPhone photos look great. We’ll start with three things to do before you take the shot, and three things you can do after the shot.

And don’t worry, you won’t need fancy equipment or apps. While there are plenty of great camera apps and editing apps in the App Store, these tips can be used with the iPhone’s default camera, and the editing tools found in Apple’s Photos app.

Before the Shot: Lighting

Photography is all about capturing light, so having great lighting is essential. Lighting can convey brightness and darkness, but also tone and mood. For portraiture, I’m personally in favor of using natural light over the iPhone’s flash. The flash gives you flat light that can sometimes make a person’s face look flat and washed out. The shadows are also thrown behind the person.

With natural light, you can position the person to get more of a nuance of shadows, making certain facial features stand out. Or, if you have an iPhone 8 Plus, Apple lets you control this in the software with Portrait Lighting.

For outdoor photos, the sun is our guide. Generally, the best times for outdoor iPhone photos are early morning and late evening. These times are called golden hour. Because of the sun’s position in the sky, it gives off a soft, golden light. This is perfect for portraits. 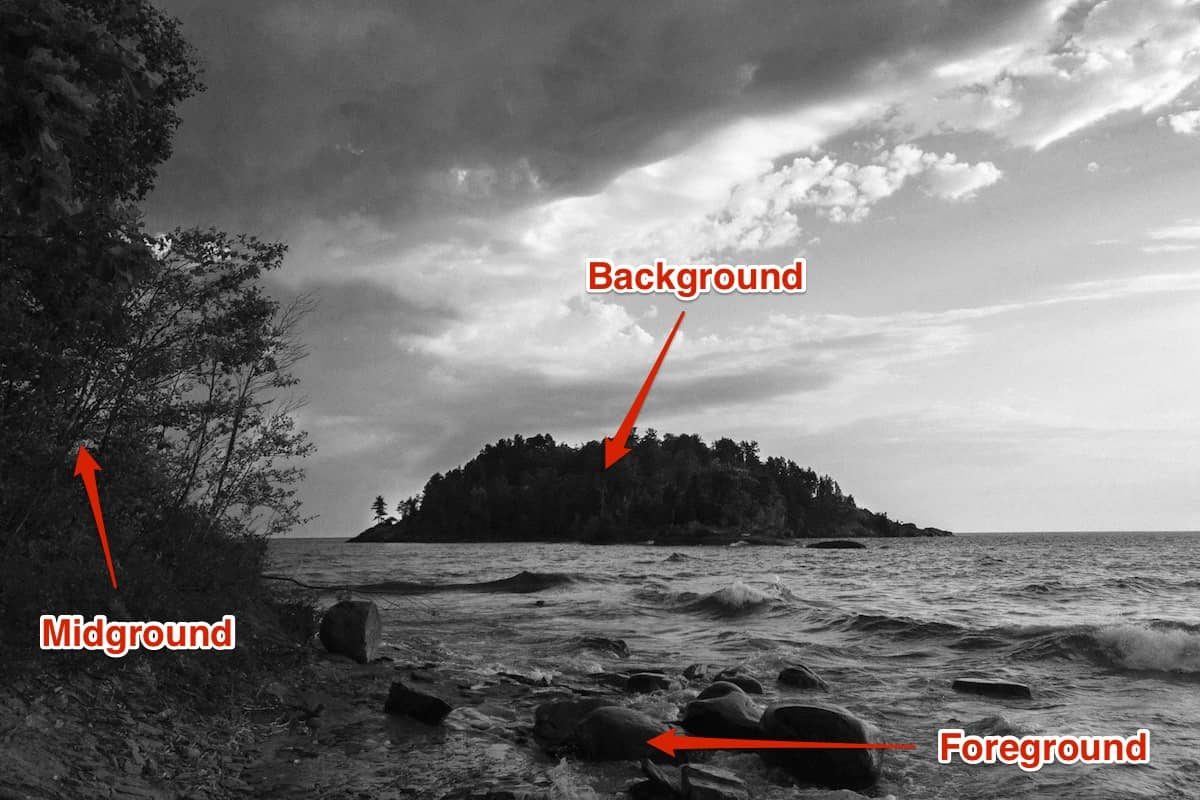 Before the Shot: Depth

Photography is also about capturing a 3D world, with the end result being a 2D image. Adding depth and perspective to your iPhone photos is an easy way to improve. It invites your viewers to explore the scene, instead of focusing on just the subject. If you shoot something far away, including objects in the foreground will give people a sense of scale.

If you shoot something far away in the background, include things in the foreground and midground. Don’t be afraid to change your viewpoint too. Instead of shooting at eye level, what about crouching close to the ground?

Next: Composition, Highlights and Shadows