At first glance, the lock screen hasn’t changed much in iOS 10. But once I started poking around in the public beta, it was obvious there was more than meets the eye. Apple has made a number of additions, improvements, and changes to the iOS 10 lock screen, and some of them might be a little disorienting. Let’s get back on track.

One of the largest, though subtle additions in iOS 10 is Raise to Wake. Instead of having to press the power or Home button to wake your screen and check notifications, you can simply lift your phone from your pocket or resting on a surface, and the screen quickly springs to life. It’s similar to how the Apple Watch display works—give it a little time to become habit. Since Touch ID sensors have gotten much faster these days, this also helps you avoid accidentally unlocking your display when you just want to check the time or notifications.

Probably the largest lock screen change that will need some real habit adjustment time is how you actually unlock your device. Gone is the “Slide to Unlock” prompt, replaced by a simple “Press Home to Unlock” message. 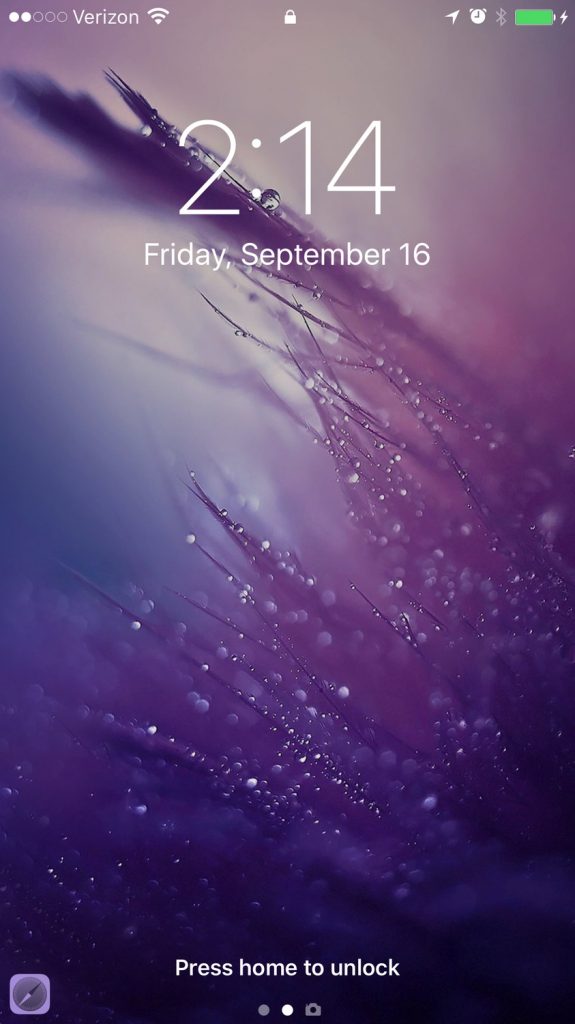 Whether you unlock your device with Touch ID or the trusty ol’ password prompt, the only way to start the process now is by pressing the Home button. But there’s a good reason why Apple made such a big change to such a fundamental iOS gesture: the swipe is being put to better use.

For a few iOS releases now, a small camera icon in the lower right of the lock screen was a symbol that you could swipe up to access the camera. I wager not many folks got in the habit, which is why I think Apple switched it up in iOS 10. Now you can swipe left anywhere on the screen to open the camera. Combined with Raise to Wake, it’s a darn fast way to start shooting.

And to the left of your iOS 10 lock screen is the new Today screen, which Apple strangely calls the Search page. Your widgets live here now, though it’s largely the same Today screen you’ve known. The only major change is that this is another place you can access Spotlight. 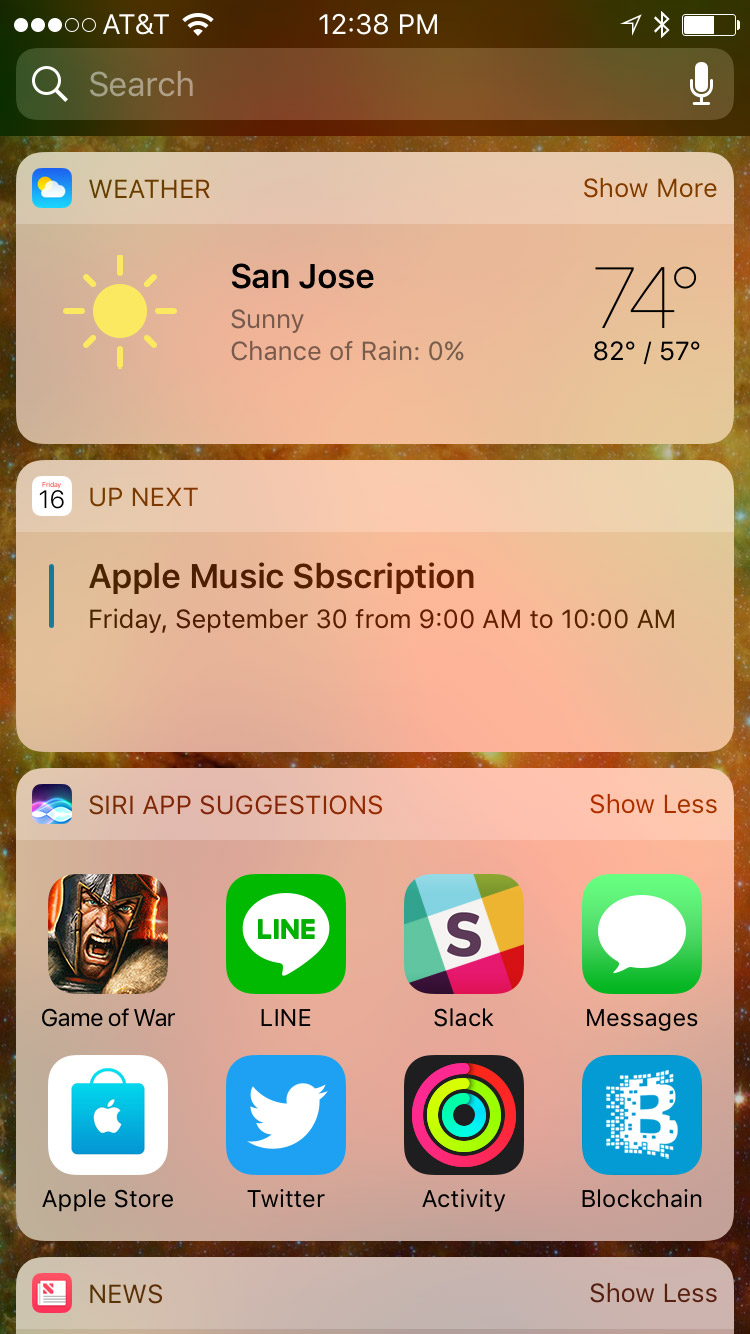 We’re able to get more done with Notifications with each iOS release, and 10 is no different. Apple now allows developers to display things like more actions and reply options, which means you can get more done without switching apps.

While I don’t think Control Center is technically part of the lock screen, it’s still accessible there so it’s worth mentioning. Like the lock screen itself, Control Center has been expanded into three separate sections: the ‘control page,’ as we’ll call it, a media controller, and a HomeKit command center. 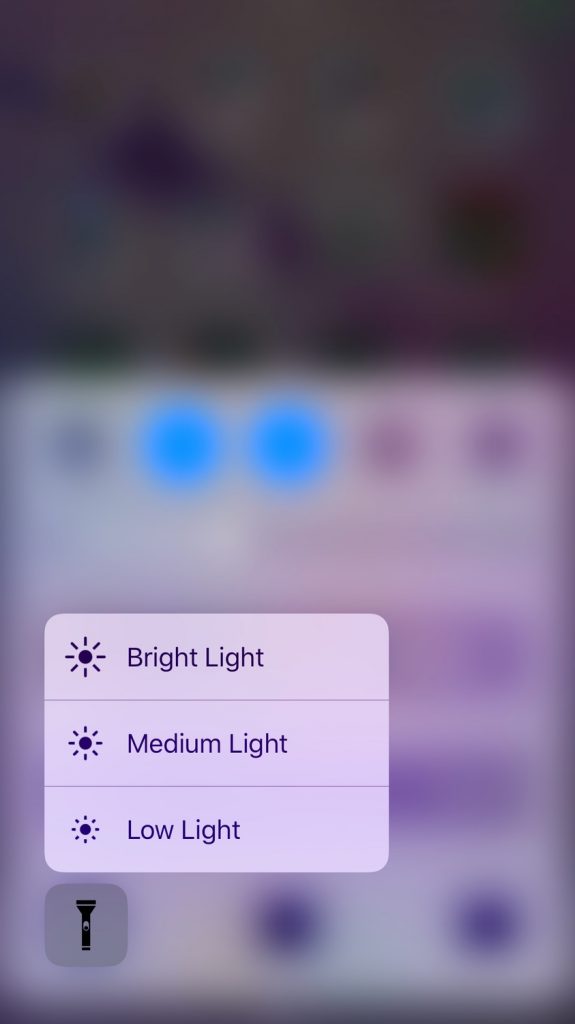 The first is still largely what you’re familiar with—options for toggling WiFi, Bluetooth, brightness, AirPlay, etc. The one nice change here is that the app shortcuts for the flashlight, calculator, and camera now have some 3D Touch shortcuts. The second Control Center screen is a dedicated media controller, with space for album art, a list of available AirPlay devices, and standard media buttons. The third screen is an all-new set of tools for controlling any available HomeKit devices and scenes you have available.

Force Press to clear all notifications

The final stop on our iOS 10 lock screen tour is the top of Notification Center. I am pleased to say that a years-long request from many a user has finally been answered, at least for those with 3D-Touch-enabled devices: you can force press the top-most (X) in your notifications list to get the option to “Clear All Notifications.” Yes, it’s here. It’s a small detail, but such a nice feeling to quickly get to “notification zero.”

That’s a lot of change to take in for one of iOS’s most-used screens, so take some time to get used to things. It took a little while for things like Raise to Wake and the new home button behavior to become habit for me. But now that they are, it feels like Apple removed some decent little bit of friction, making these simple, common tasks a little more pleasurable.

A disclaimer that some of these features are hardware dependent and may not work on older phones running iOS 10.