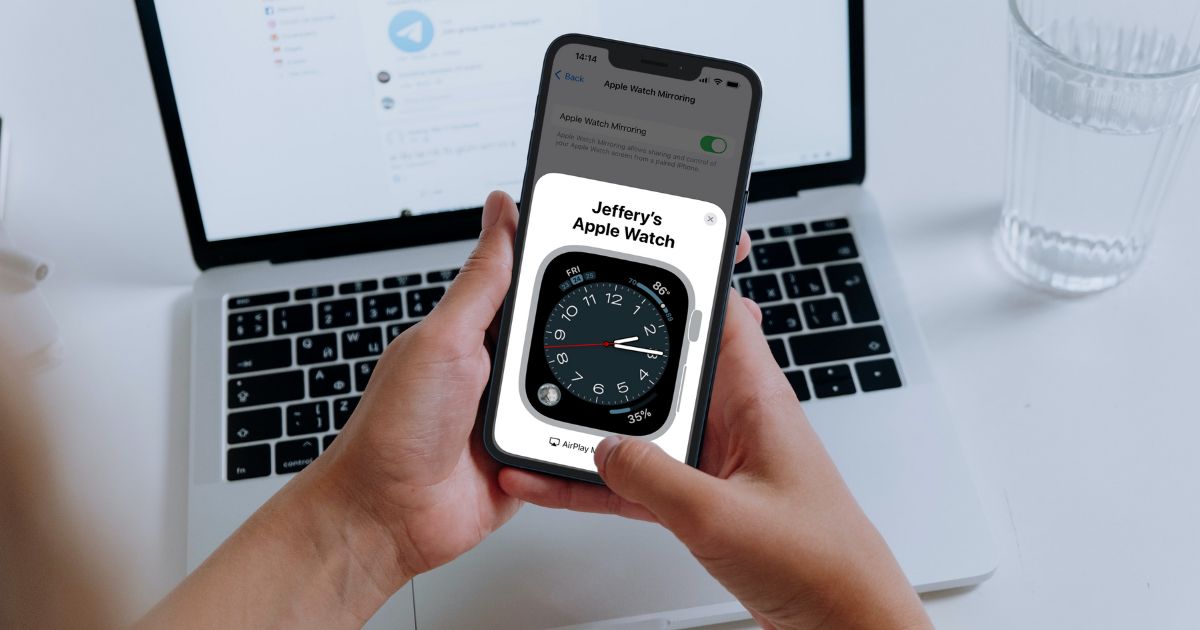 As useful as the Apple Watch can be, some folks have difficulty taking full advantage. Those with vision problems or hand mobility issues might find it challenging to do what they want on Apple Watch. Announced even before WWDC and now included in iOS 16 and watchOS 9, Apple Watch Mirroring makes the wearable device even more useful.

What Is Apple Watch Mirroring?

To help people with physical and motor disabilities, the Cupertino-based company has developed Apple Watch Mirroring. This allows users to control their Apple Watch remotely from their paired iPhone. That way, users can take advantage of the iPhone’s assistive features like Voice Control and Switch Control when using their Watch.

This means if you need to, you’ll be able to use inputs not normally available on your Apple Watch. The iPhone’s Voice Control works with the feature as do accessibility features like head tracking or using external Made for iPhone switches to tap the Apple Watch display.

Why Not Just Use the iPhone?

Remember, advances to watchOS have brought about apps that are unique to the Apple Watch. Try finding the Mindfulness, Heart Rate, or Blood Oxygen apps on your iPhone. They aren’t there.

Thanks to Apple Watch Mirroring, people who might otherwise struggle to use these apps and others will have an easier time. They’ll benefit from seeing their Watch face on the larger display of the iPhone. They’ll also have larger touch targets than they would otherwise. I know I sometimes have a hard time tapping precisely on some of the smaller touch targets on my Apple Watch.

How to Use Apple Watch Mirroring 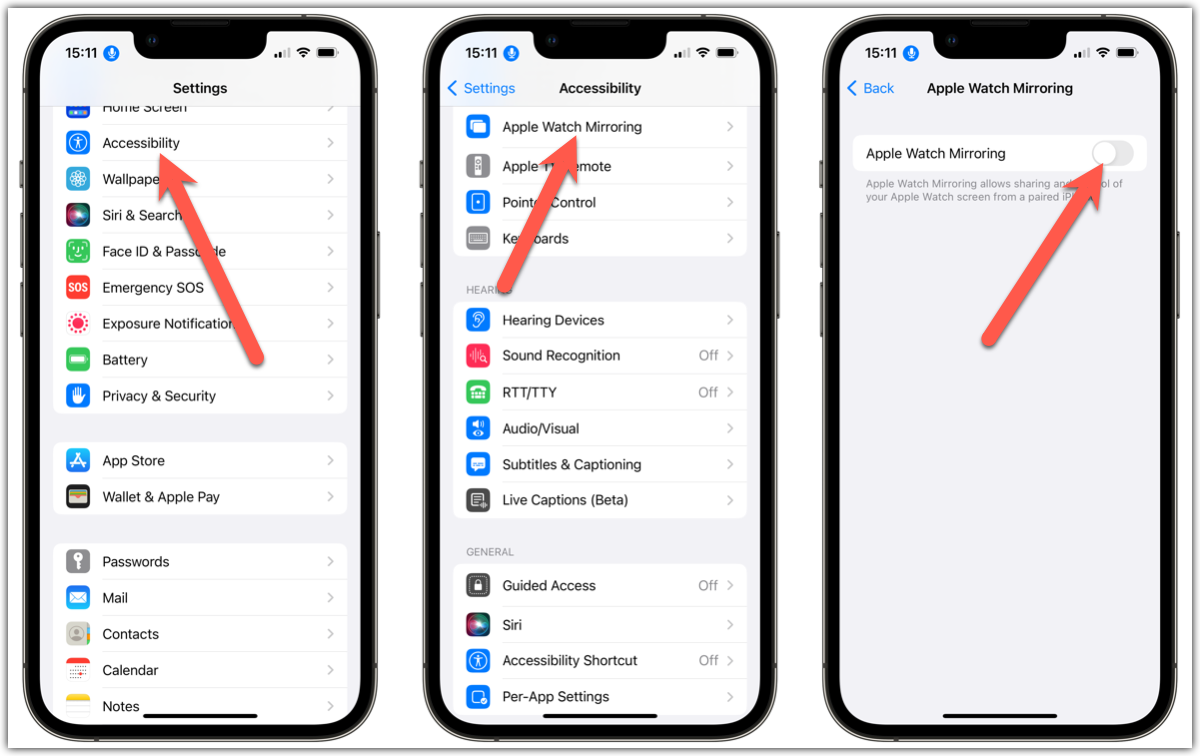 Once connected, you can tap anywhere on the Watch face to interact with the device. Along the side, you’ll see depictions of the side button and Digital Crown.

You can tap the button or crown, and they’ll respond just as you’d expect. You can also slide your finger along the Digital Crown to scroll, just like rotating it. Using Voice Control, you can say commands like “Tap side button” or “tap crown.”

In an app, you can also interact with your Watch on your iPhone to do things like type messages, choose different options, and so forth. It’s a very useful feature, and I hope Apple continues to refine it.

The only problem I see so far with Apple Watch Mirroring is accessing it to turn it on. It’s my hope that Cupertino will add a button option to Control Center on the iPhone to toggle mirroring on. Maybe in an upcoming beta.