3D Touch is one of those recent iOS additions that can be easily overlooked. After all, if you don’t know or forgot it’s there, it might be easy for some to never stumble across it. But I’ve spent some time being deliberate with my use of 3D Touch, consciously making it a habit, and I’m glad I did. In iOS 10, Apple gave developers another option for making our lives a little more convenient: 3D Touch widgets.

In iOS 10, strong pressing some updated apps will now display some kind of widget alongside the standard shortcut menu. This widget can display things like more app shortcuts or content from within the app. Here are some of my favorites so far. 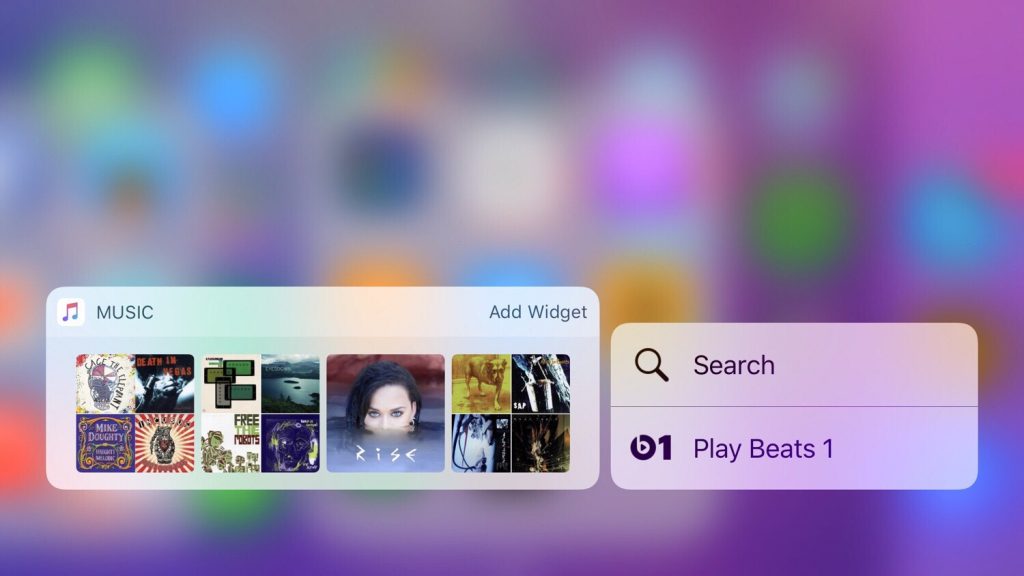 Of course, Apple made good use of a widget here to display the album art of what you’ve recently played. It could be a list, but images make such a better impact here. Tap that album art, and it starts playing without you even having to open the app. Tap the same cover again, and it skips to the next song. 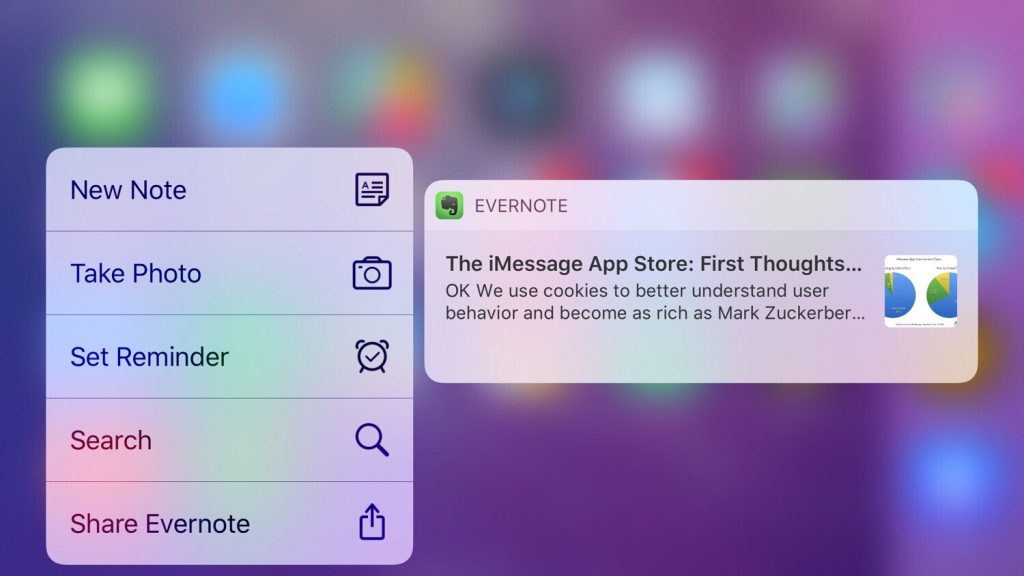 Evernote’s new widget displays the contents of your most recently edited note, including thumbnails of any media or the note’s location. 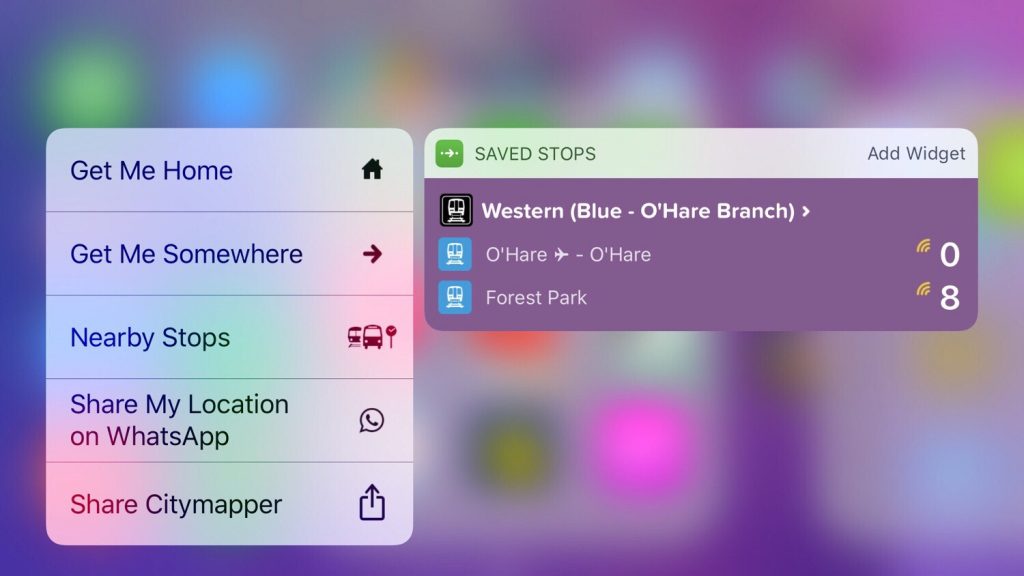 One of my favorite mass transit apps, Transit’s 3D Touch widget displays a graphical sign of your nearest stops and expected arrival times. 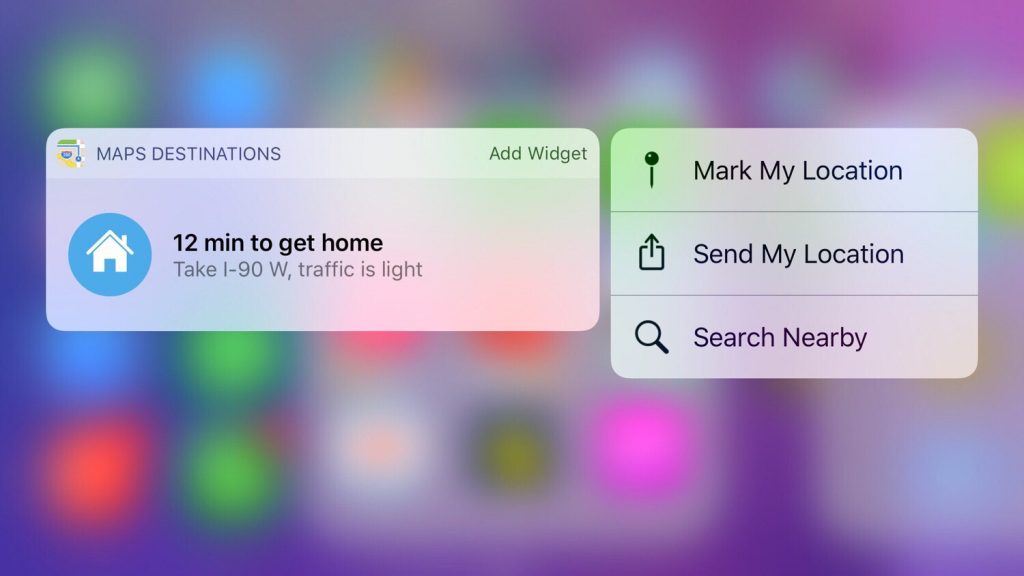 The widget for Apple Maps displays the icon, name, and expected travel time to get you home. 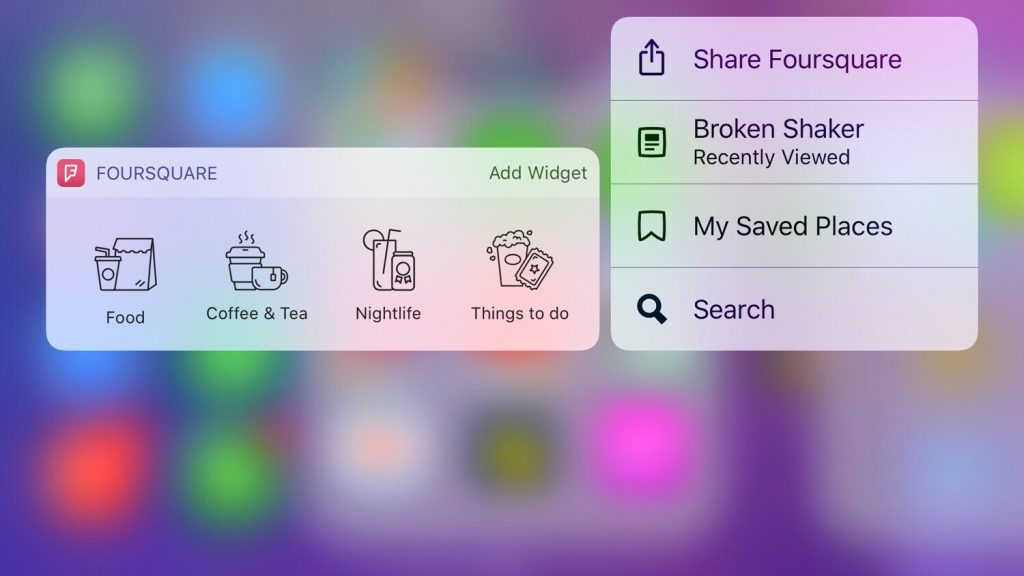 This widget displays a few icons for various types of places you might want to search for around town. 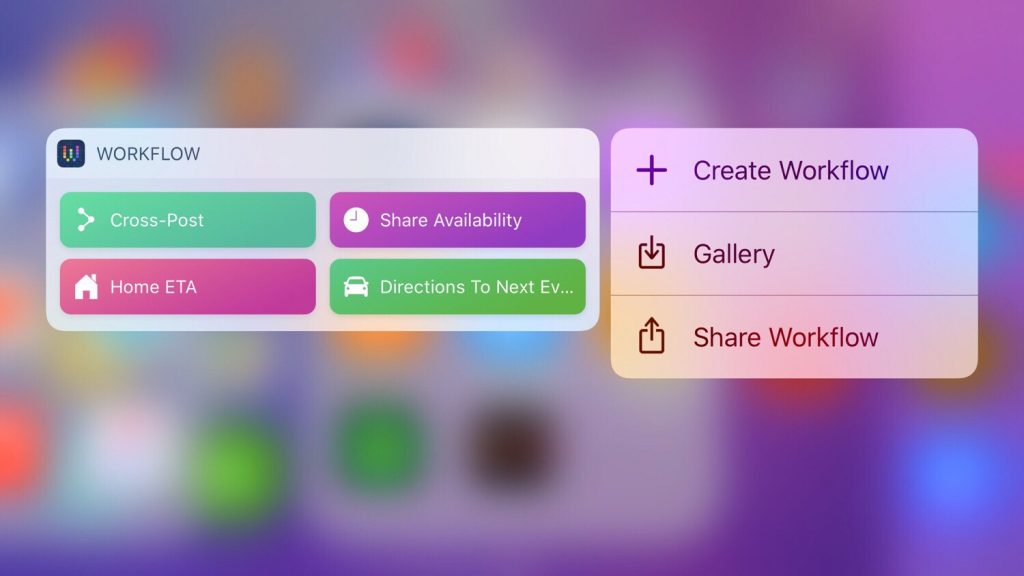 Workflow’s widget is a sort of dashboard for the workflows you’ve marked to show here. 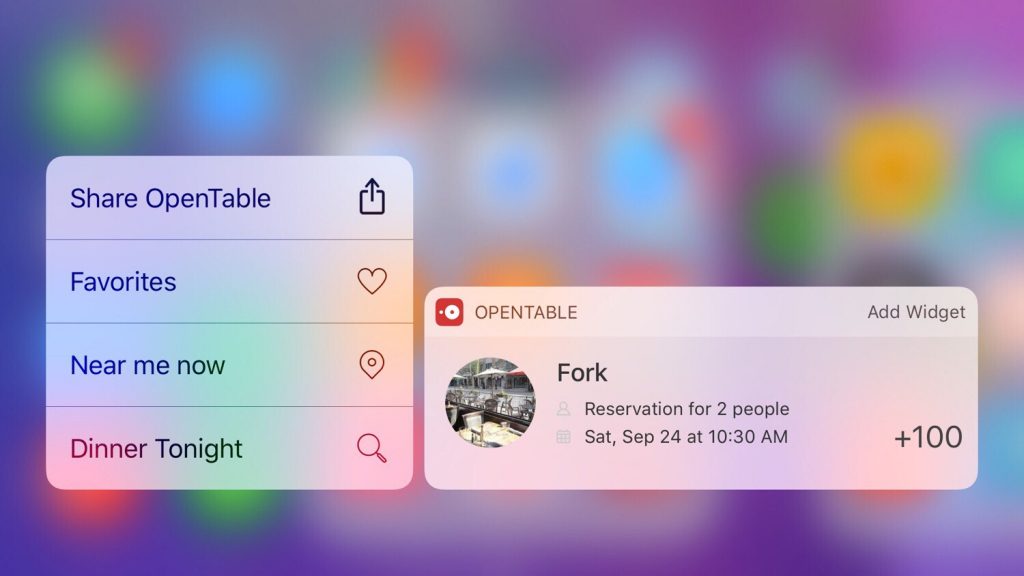 OpenTable’s widget displays your upcoming reservations, offering quick access once you need them. 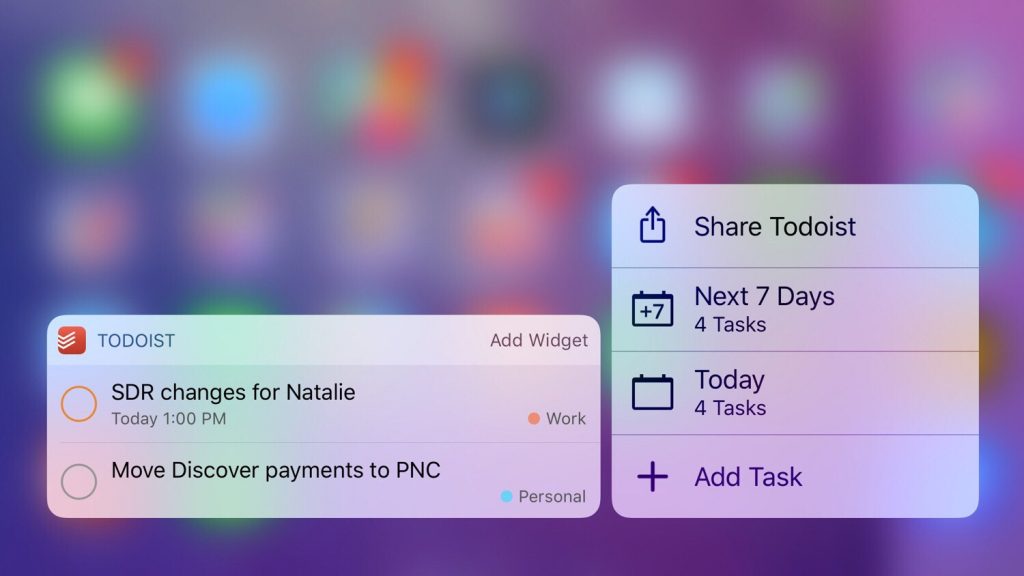 Alongside the shortcut list of tasks for today and this week, Todoist’s widget displays (some of) today’s upcoming tasks.

I’m sure there are plenty more apps that are adopting 3D Touch widgets in interesting ways. Got a favorite I didn’t list?

Disclaimer: I help app developers with content for their products, and Workflow is one of my clients. However, the Workflow folks did not pay for a mention in this article. I don’t do that kind of work, and neither does The Mac Observer.

This isn’t an option that Apple has given to developers. It happens automatically on iOS10 if the app already has a widget that fits the available space.