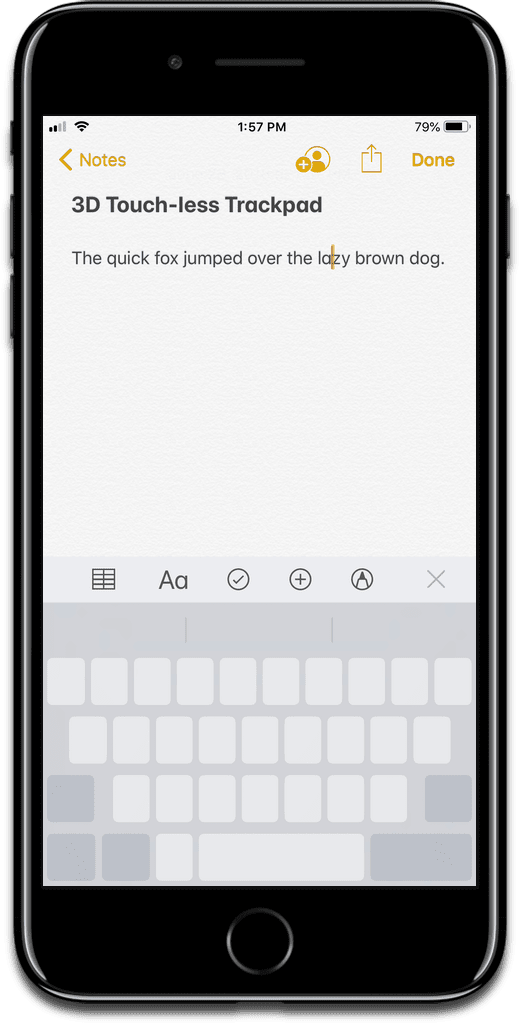 Using it is really simple: If your iOS device doesn’t have 3D Touch, just press and hold down on the space bar on the keyboard. Some of the features aren’t available though. With 3D Touch, you can use the trackpad to highlight and select words, but you can’t do it with the spacebar version.

[Here are the iOS Devices Supported by iOS 12]