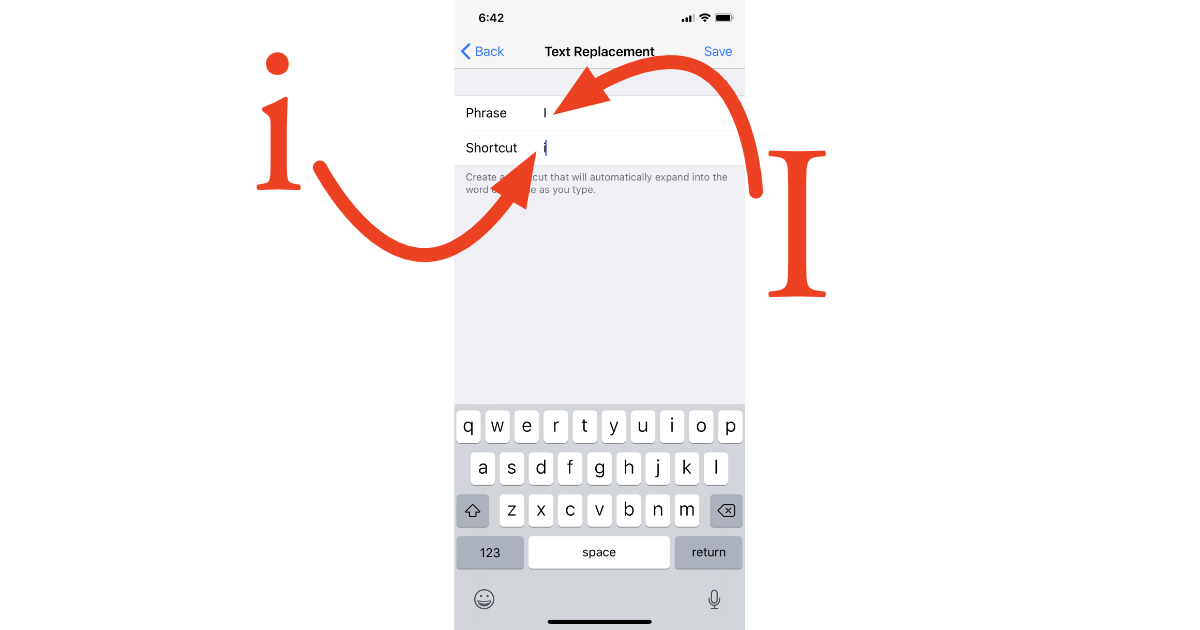 If you installed iOS 11.1 on your iPhone or iPad there’s a good chance you’ve experienced the problem where typing “i” changes to “A,” or some other character like a question mark in a box. Yes, it’s a bug, and there’s a work around until Apple releases an update to fix it.

Here’s how to fix “i” automatically converting into another character when you type on your iPhone or iPad:

Now when you type the letter “i” by itself in a sentence, which should autocorrect to “I,” you’ll see what you expect instead of an alternate character taking it’s place. That’s kind of a crazy work around, but it makes sense when you think about how computers keep track of letters and symbols.

When the character replacement bug cropped up a few days ago, type expert and long time Mac journalist Glenn Fleishman commented on Twitter that it sounded like a Unicode problem. In simple terms, think of Unicode as a giant grid full of letters, numbers, and other symbols. When you type a letter your computer, smartphone, or tablet knows where to look in that grid to find the corresponding symbol to display on screen.

Glenn’s comment got me thinking that maybe iOS 11 is looking in the wrong place in the Unicode grid when auto replacing lower case “i” with upper case “I.” If so, we should be able to side step the bug by telling our iPhone or iPad exactly which character to use with the built-in Text Replacement feature.

Once Apple rolls out an update to fix the bug you can delete the Text Replacement entry—or maybe not, just to be safe.

I haven’t seen the bug either, and I know what you mean about gibberish. What has me worried (or is it amused? I’m not entirely sure) is that I am seeing anecdotal signs of people beginning to think in that manner: unconnected words, mixed thoughts. Maybe scary is what I was reaching for.

I just saw a headline “iOS 11 glitch is driving texters crazy”. Why would texters care, did you ever see the gibberish that they typed before the glitch?

I have not yet experienced this bug.