Music got a complete redesign in iOS 9 last year for the arrival of Apple Music. The result was a cluttered, confusing interface that didn’t go over well, but, fortunately, Apple clearly listened. iOS 10 will arrive some time this month, and it brings a pretty big overhaul to Music for iOS. I think it’s a huge improvement, so let’s take a brief tour to get acquainted with what changed, disappeared, and improved.

iTunes has long been considered Apple’s “UI testing ground.” It’s been the app for tinkering with the company’s new interface ideas, though they aren’t guaranteed to make it to the rest of the OS. For (mostly) better and for worse, I think Music has become that testing ground in iOS 10.

The most obvious change in this area is large, bold text labels for major sections throughout the app. At first glance it might feel unorthodox or jarring, but it’s grown on me. I wager most people’s music libraries have grown pretty large these days, whether filled with purchased downloads or a wealth of streaming bookmarks. The bold labels help bring organization to a large volume of content. I feel they also break up what used to be a visually chaotic app. 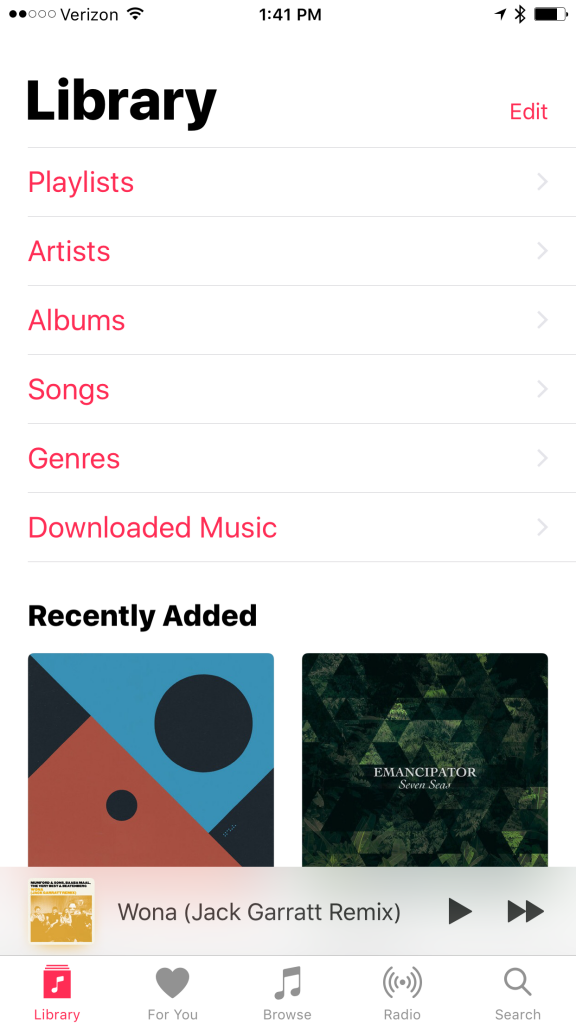 Now Playing and Up Next

The Now Playing screen is much, much cleaner in iOS 10. The buttons to like a song, toggle shuffle, view the album of the currently playing song, and more have either moved below the fold or into the simple (…) menu in the lower right. It makes for a lighter screen that returns emphasis to the current song and its artwork. 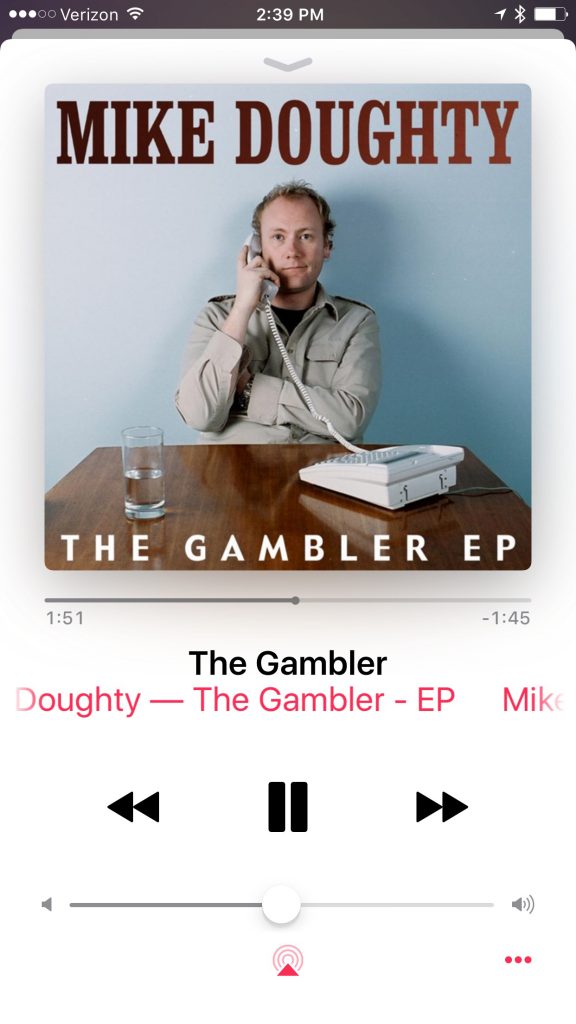 As for controls that moved below the fold, you can now swipe up on the Now Playing screen to reveal the Up Next list, as well as the Shuffle and Repeat controls. 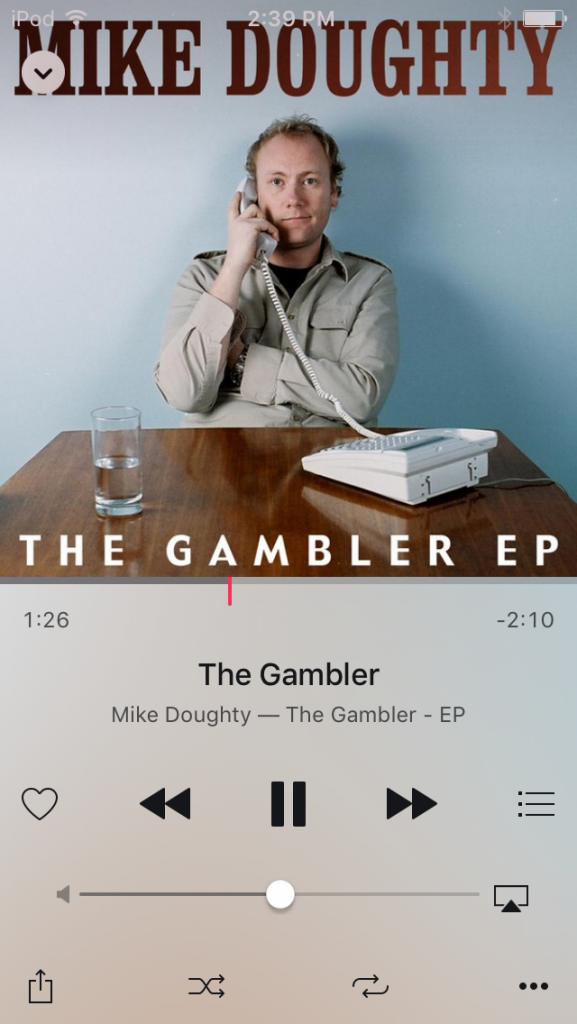 I think this is yet another great change to one of my favorite features in Music (and iTunes). Up Next is now easier to reach with a simple swipe just about anywhere on the screen. 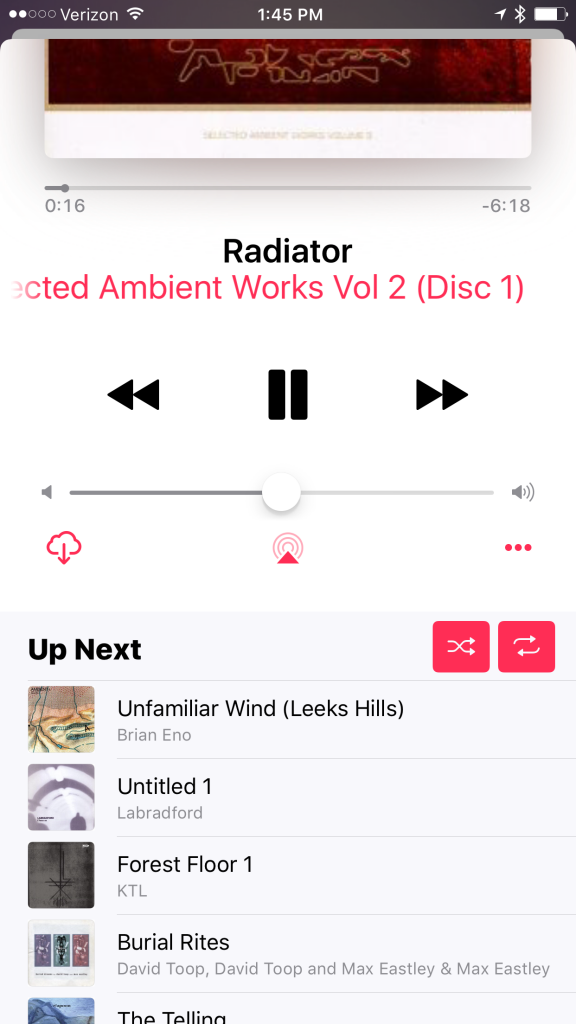 Next: Your Library, Horizontal Scrolling, and Faster Access in Music for iOS 10