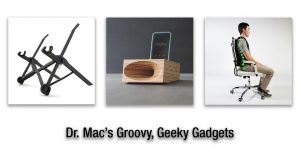 The macOS Dictionary defines gadgets as:

Small mechanical or electronic devices or tools, especially ingenious or novel ones.

I think you’ll agree that all three of the products I’m about to describe are, at the very least, ingenious and novel if not particularly small or electronic.

First up, a product that solves the problem of looking downward when using your laptop on a desk or table. As you probably know, most ergonomics experts suggest your screen be at or close to eye level.

The Roost Laptop Stand ($59.15; www.therooststand.com) elevates your laptop screen up to 13 inches above your desk. That’s good, but what’s ingenious and novel is that it weighs less than 6 ounces and folds into a package small enough to fit easily in a backpack or briefcase (1 x 1.5 x 13 inches). 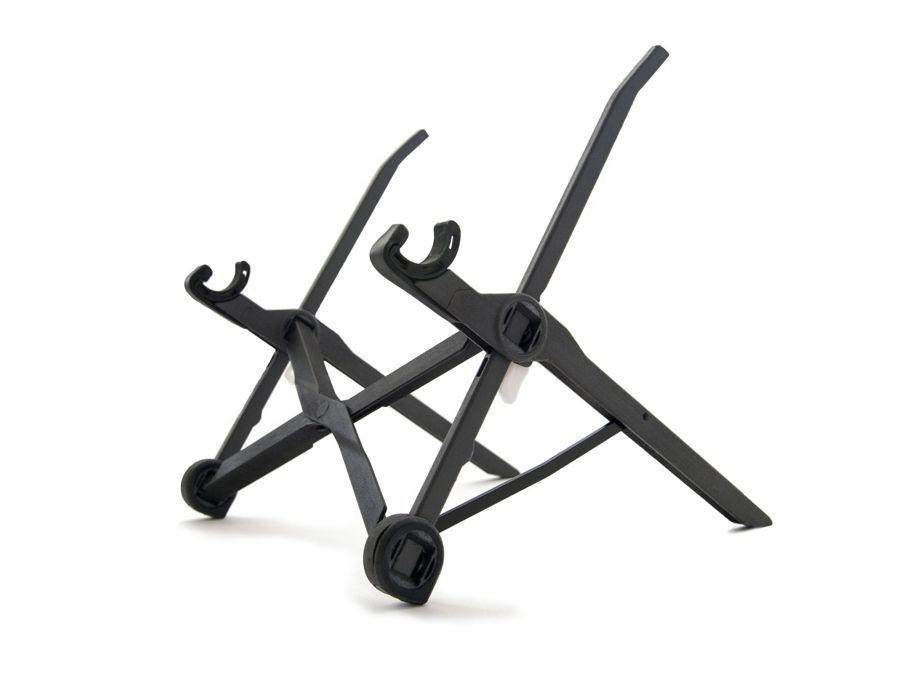 I don’t take mine on the road (because it requires a keyboard and mouse), but I use it on my desk to raise my MacBook Pro to the same (eye) level as my external 27-inch monitor, as shown here: 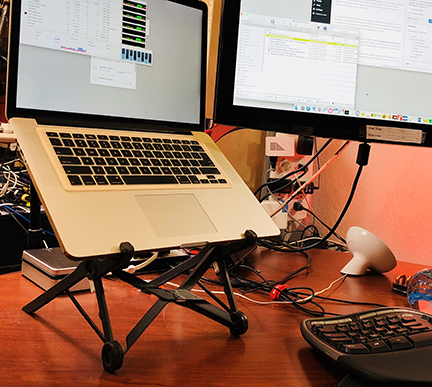 This is my MacBook Pro on the Roost Stand (next to my 27-inch arm-mounted display).[/caption]

I’ve tried many things to elevate my MacBook Pro to the proper height, but this is easily the coolest, most flexible, and least expensive options I’ve found.

I’ve recommended Artificer Woodworks’ Timbrefone ($99; www.artificerwoodworks.com) in one of my gift guides a couple of years ago, saying, “The company calls it an acoustic work of art, and it's stunning. Just set your mobile phone in its cradle, and richer, warmer and much louder sound emerges.”

I can tell you from experience that Timbrefone makes a great gift. Since receiving mine I’ve become more and more enamored with it to the point where I move it from room to room with me and use it instead of one of our (many) Bluetooth speakers. 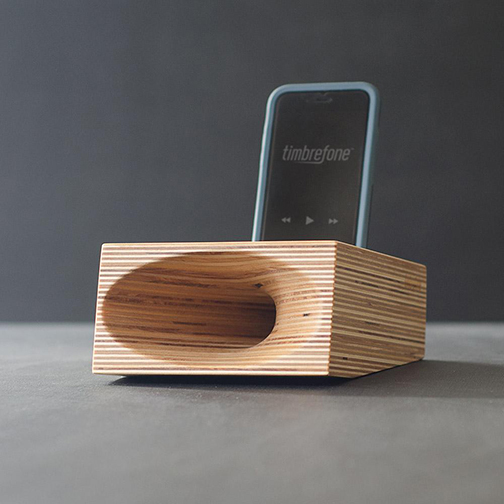 Timbrefone is a smartphone speaker as well as a beautiful piece of wood sculpture.[/caption]

Now available in mahogany, walnut, or birch, Timbrefone is a beautiful, portable, reasonably-priced work of art that makes your iPhone louder and better-sounding the old-fashioned way. At home, when my iPhone isn’t in a charger it’s playing music through my Timbrefone.

Even if you’re not in the market for a gadget like this, I urge you to visit the website and check out these beautiful, useful gadgets.

Last but not least, allow me to introduce Posture Keeper (www.posturekeeper.com), a “Lumbar Support System” with padded straps that looks like a backpack with its front half removed, and attaches to most chairs in less than 30 seconds. You strap yourself to your chair with PostureKeeper, and it prevents you from leaning forward or hunching over the keyboard. 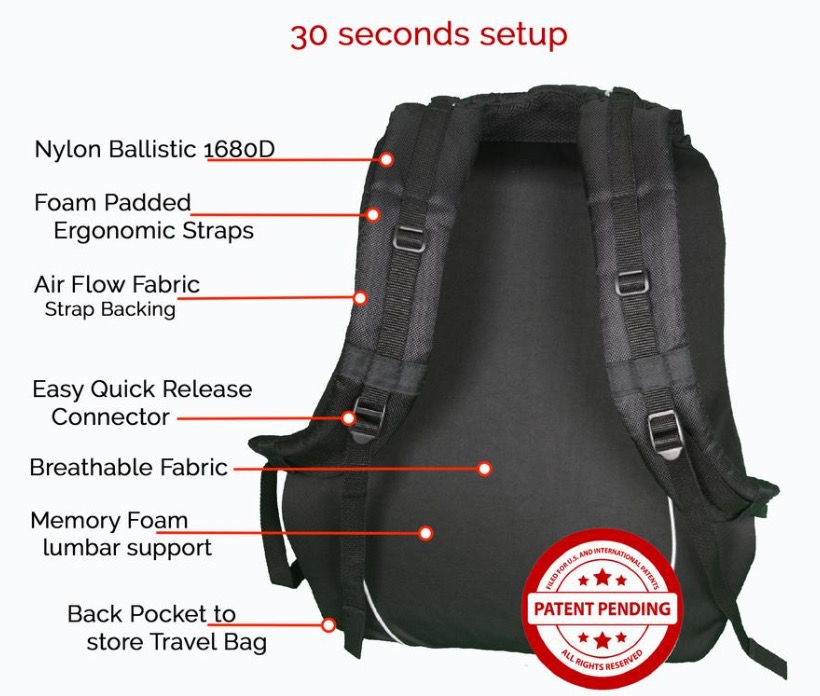 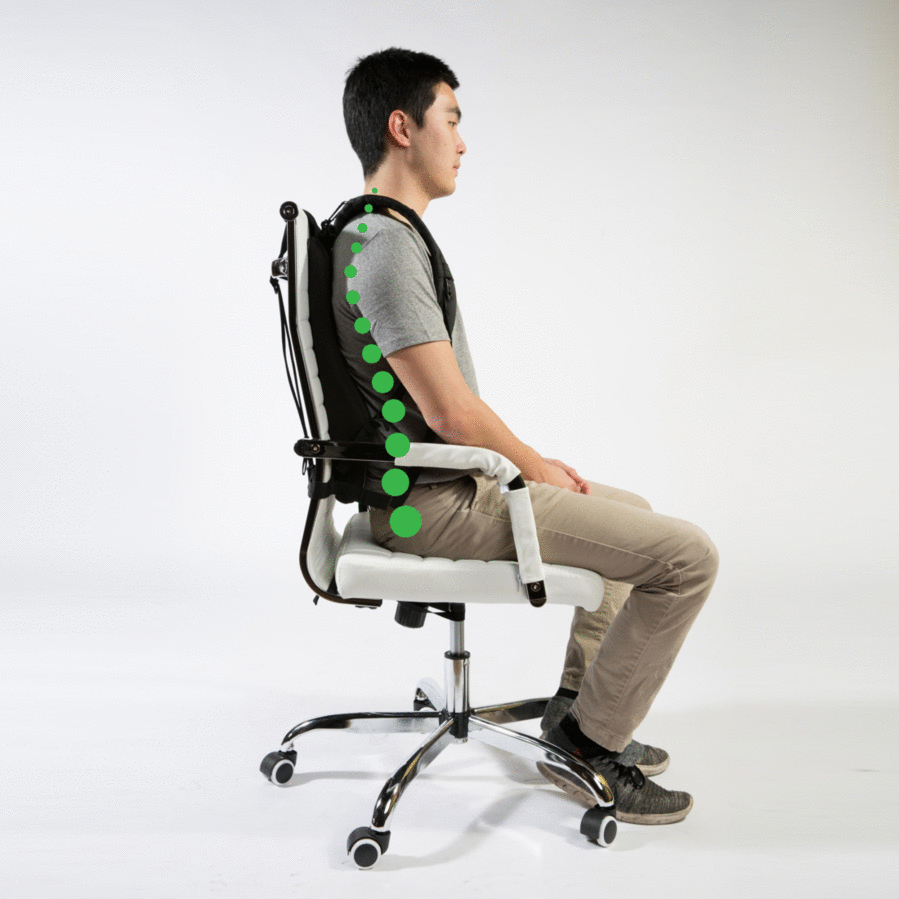 And here's what Posture Keeper looks like in use. (The green dots denote proper spinal posture.)[/caption]

You can’t yet order one, and the price hasn’t been announced, but you can sign up to be notified when it’s ready. I’ve tried at least a dozen different chairs, balls, stools, supports, and pillows designed to reduce back strain at my desk. I’ve been using a prototype of Posture Keeper for months and it’s the first thing I’ve tried that works.