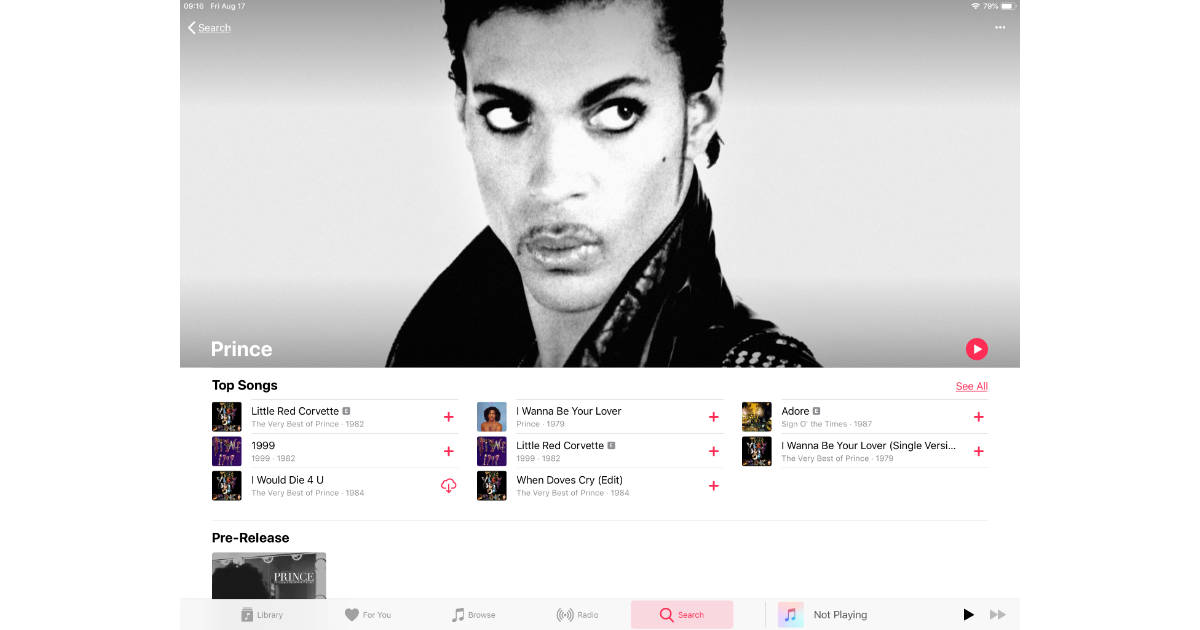 Thanks to a deal between Sony and Prince’s estate, 23 of his albums that previously haven’t been available for streaming are now on Apple Music. The collection includes albums Prince released between 1995 and 2010. Variety says,

The recordings, which include such popular albums as “The Gold Experience,” “3121” and “Rave Un2 the Joy Fantastic” as well as a new 37-track compilation called “Prince Anthology 1995-2010,” had been largely unavailable for many years. All are now available across all major streaming services and digital service providers. Many of these albums are available for the first time for streaming and download, adding more than 300 songs to the artist’s online in-print catalogue.

You can find the albums on Apple Music in the Music app on your iPhone or iPad, or in iTunes on your Mac.

Check It Out: 23 More Prince Albums Now on Apple Music