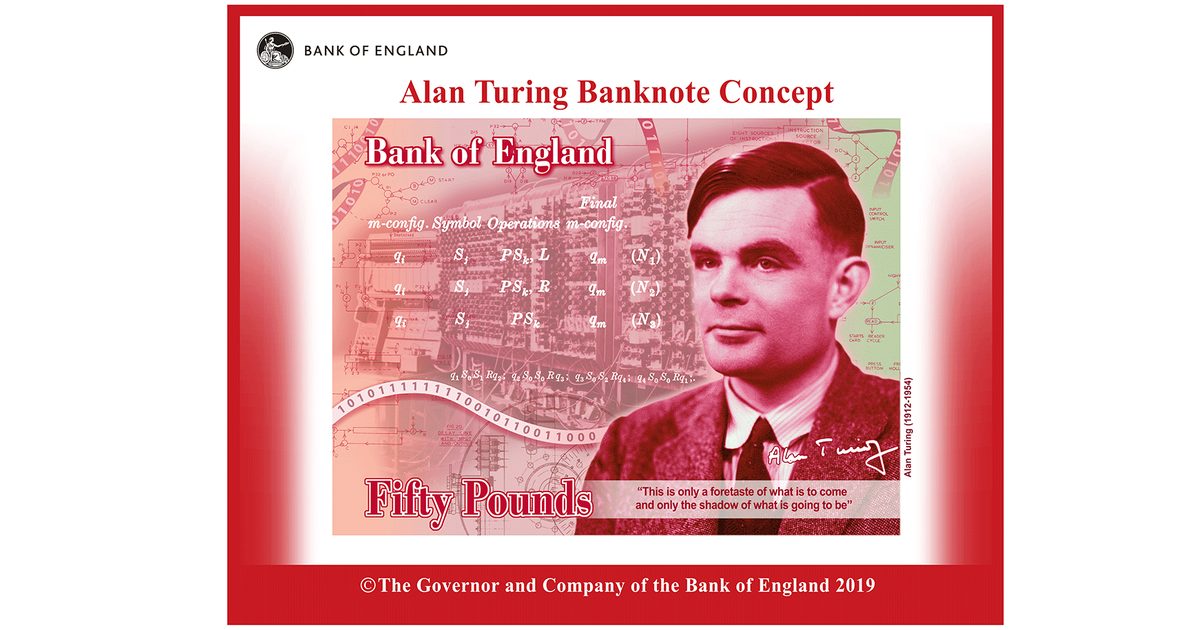 Alan Turing will be the new face of the Bank of England’s £50 notes, BBC News reported. His codebreaking was crucial to the Allies victory in the Second World War. The new notes will enter circulation by the end of 2021.

The note was once described as the “currency of corrupt elites” and is the least used in daily transactions. However, there are still 344 million £50 notes in circulation, with a combined value of £17.2bn, according to the Bank of England’s banknote circulation figures. “Alan Turing was an outstanding mathematician whose work has had an enormous impact on how we live today,” said Bank of England governor Mark Carney. “As the father of computer science and artificial intelligence, as well as a war hero, Alan Turing’s contributions were far ranging and path breaking. Turing is a giant on whose shoulders so many now stand.”

Check It Out: Computing Pioneer Alan Turing the Face of New British Banknotes