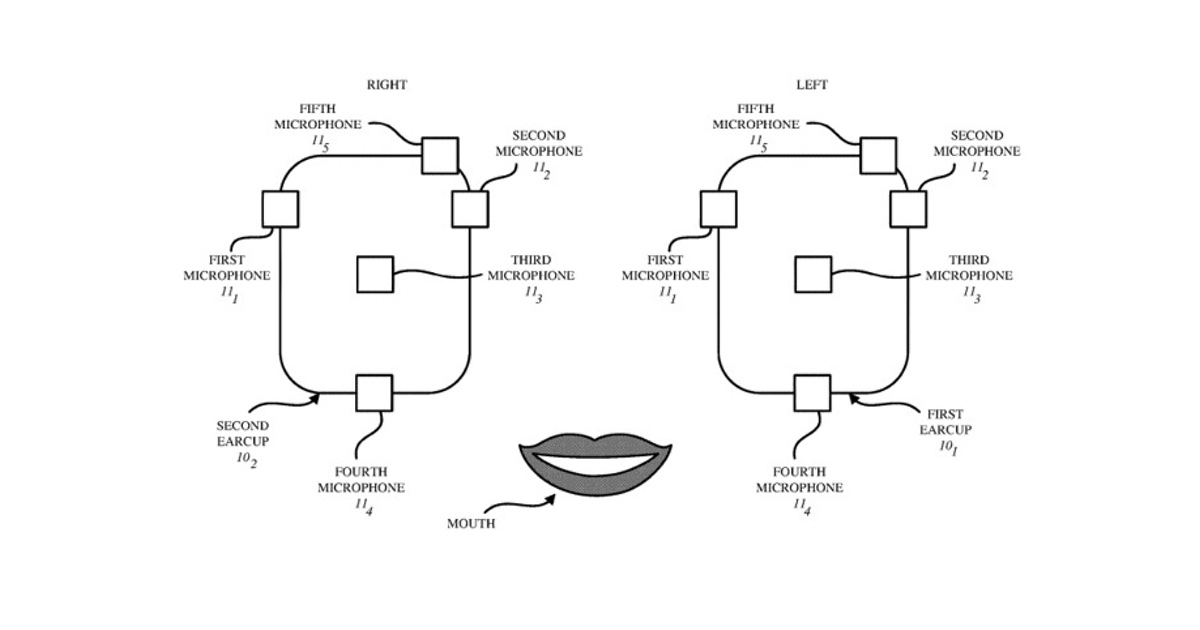 A new patent reveals that Apple is trying to use microphone to solve the problem of people wearing headphones the wrong way round. Typically our headphones are marked either L and R or having some other kind of indication as to which side is which. Apple has a new patent, reported by AppleInsider,  for a “system and method for automatic right-left ear detection for headphones.” It would use the microphone in the headset to discover the headphone’s orientation and alter the left and right channels accordingly. The patent details a system of five microphones per ear cup, including one inside. Here’s a little insight into what might be on offer in the future:

By listening to the voice of the user, and monitoring the volume of the voice by each microphone, the headphones can determine which edge is closest to the user’s mouth, and therefore which orientation the headphones reside. The offsetting of the top-side microphones also allows for just those two microphones to be used, with the logic the microphone of the two that has the louder volume is closer to the mouth.

Check It Out: Apple Headphones Might One Day Auto-Detect Right/Left