Apple appears to be turning an increasing amount of attention towards developing bendable designs for the MacBook and MacBook Pro. At least that’s what a new patent suggests to AppleInsider.

“Planar hinge assembly,” US Patent No 10,642,318, chiefly describes how such a design could apply to a MacBook Pro-style device. “A personal computing device comprises a single piece body having a seamless overall appearance and that includes a bendable portion that is capable of having a smoothly curved shape,” it says. “The single piece body includes a first part capable of carrying a display suitable for presenting visual content, and a second part that is capable of carrying an input device suitable for accepting an input action.” Apple is careful to always describe “a personal computing device,” and its details can also apply to “a smart phone cover or a tablet computer device.” But it all hinges, so to speak, on what’s referred to as “a multi-state bending assembly.”

Check It Out: Apple Patents Suggest Company Doubling Down on Bendable Designs 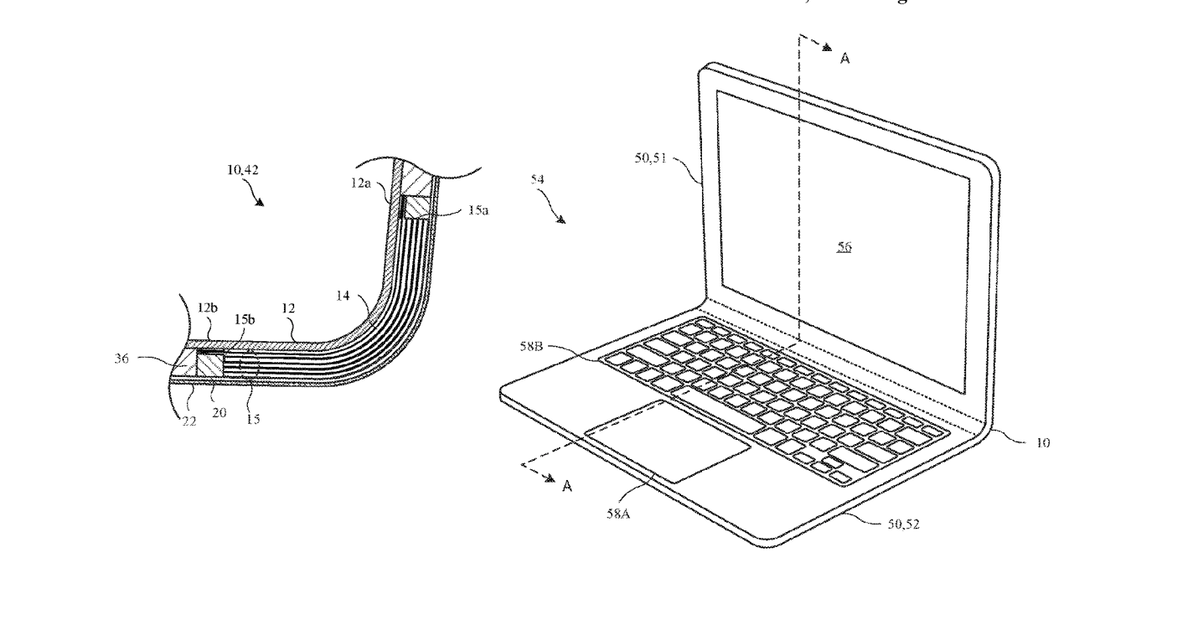