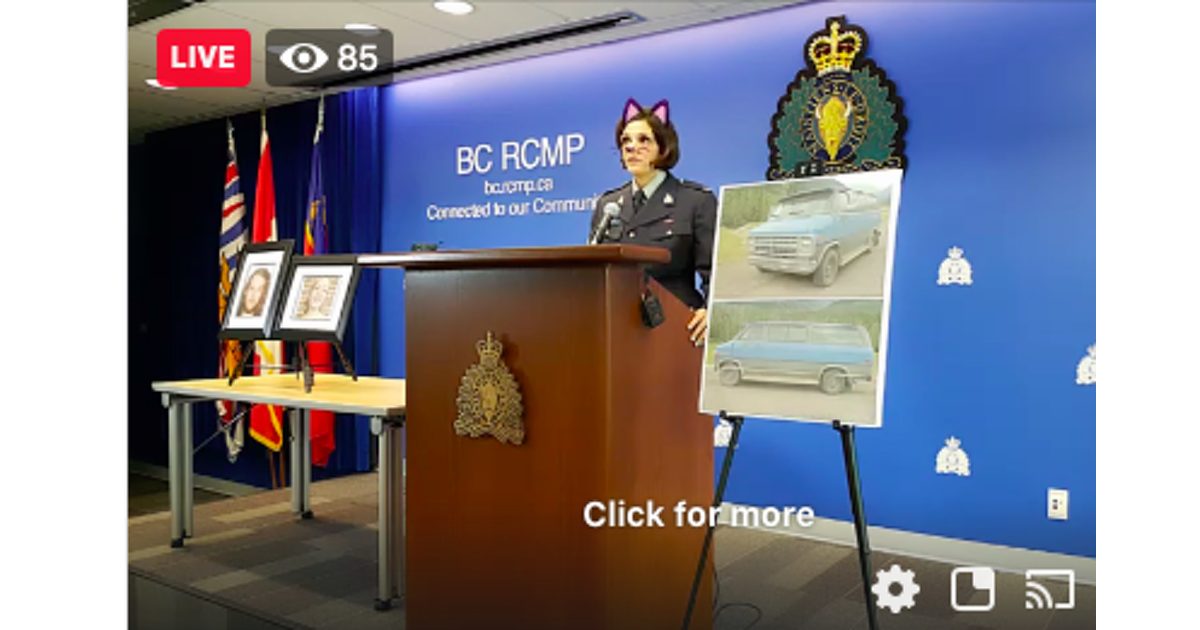 People who run corporate social media accounts do have a hard time. Even more so if it is a public body like the police. When things go wrong, people notice. They certainly noticed when the Royal Canadian Mounted Police of British Columbia left the “cat filter” on during a Facebook live-stream of a press conference about a double murder, Sky News reported.

Sergeant Janelle Shoihet, from the Royal Canadian Mounted Police of British Columbia, blamed “technical difficulties” for the error. She was giving a briefing about the murders of an American woman and her Australian boyfriend, who were found dead on a remote highway earlier this week. Tweeting about the incident she said: “Yes we are aware and addressing it as it’s an automatic setting. Thank you, we will rectify and issue a video shortly”.