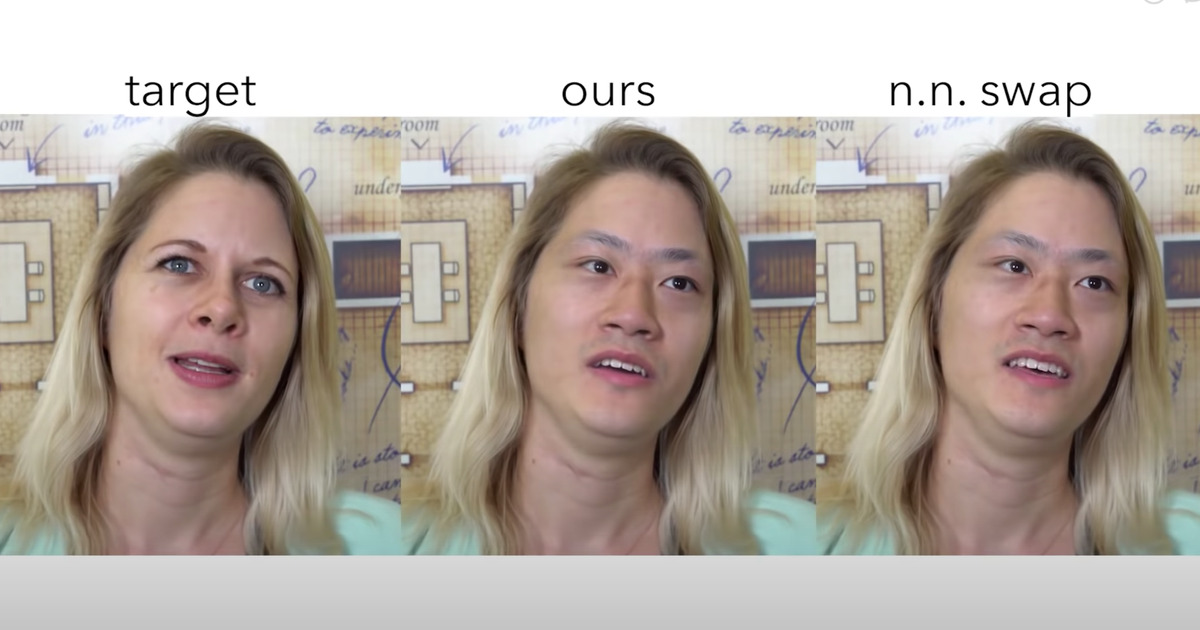 A new research paper from Disney Research and ETH Zurich offers a possible neural face swapping technique that will result in hi-resolution, photorealistic video. That means the technique could be applicable in TV and film, according to Techcrunch. There is also a video displaying the technology in action.

The researchers specifically intend this tech for use in replacing an existing actor’s performance with a substitute actor’s face, for instance when de-aging or increasing the age of someone, or potentially when portraying an actor who has passed away. They also suggest it could be used for replacing the faces of stunt doubles in cases where the conditions of a scene call for them to be used. This new method is unique from other approaches in a number of ways, including that any face used in the set can be swapped with any recorded performance, making it possible to relatively easily re-image the actors on demand. The other is that it kindles contrast- and light conditions in a compositing step to ensure the actor looks like they were actually present in the same conditions as the scene.