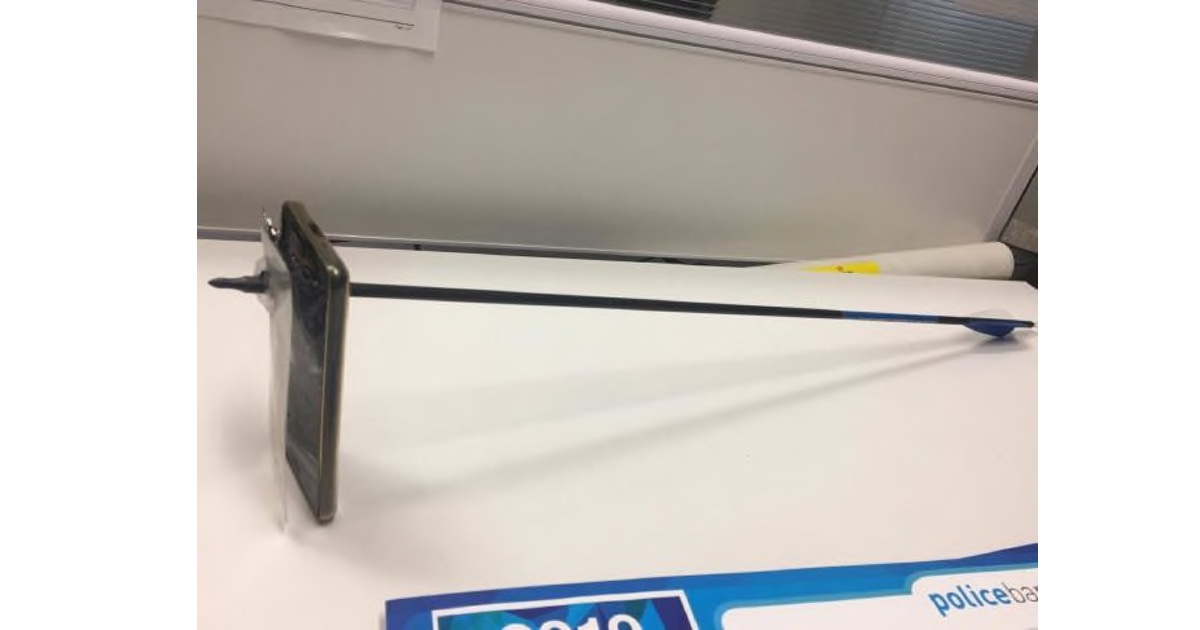 We’ve heard stories about iPhones identifying heart defects. However, AppleInsider picked up on another way an iPhone has saved a life – the device blocked an arrow shot at it’s user!  Police in New South Wales, Australia, were called by a man reporting someone wielding a bow and arrow. When the victim went to take a picture of the assailant, they fired an arrow, which was absorbed by the iPhone.

The arrow struck the iPhone, with the arrowhead partially passing through the device but ultimately embedding the ammunition… This is not the first time a person has escaped major harm thanks to the company’s hardware. In 2017, a witness to a shooting at a Fort Lauderdale airport revealed a MacBook Pro in his backpack was hit by a stray bullet, one that could have caused serious injury.

Check It Out: iPhone Saves Man Shot by Arrow