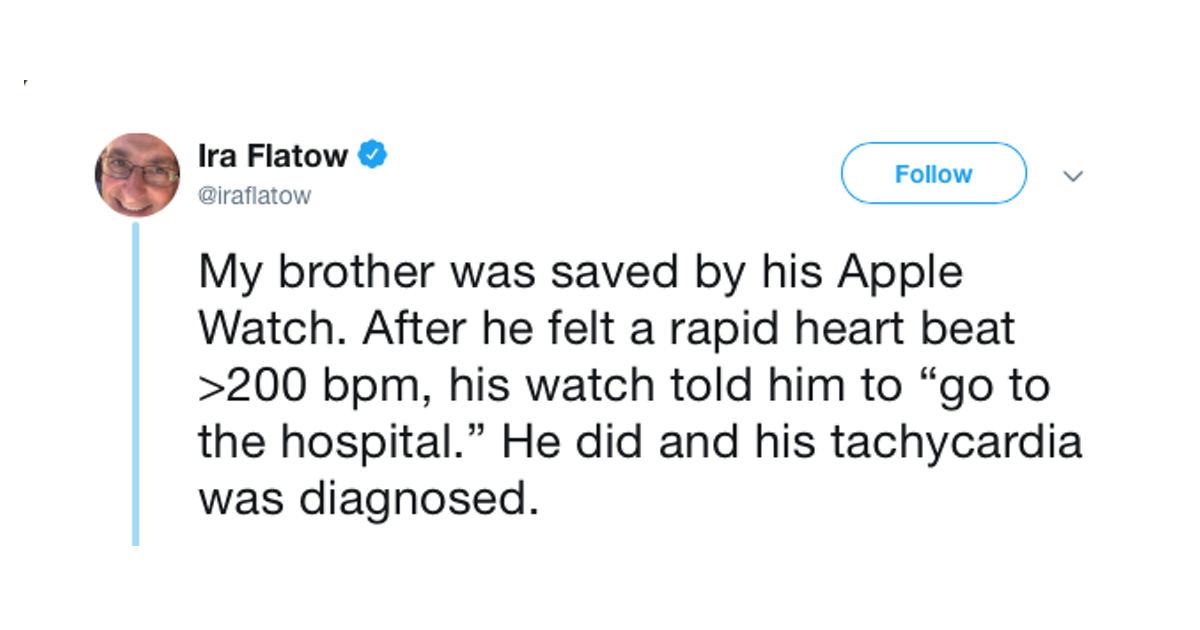 Science Friday host Ira Flatow revealed Thursday that the Apple Watch had “saved” his brother. The device alerted Mr. Flatow’s sibling that he had a very high resting heartbeat. It told him to go to the hospital, where doctors diagnosed tachycardia, AppleInsider reported.

Posting to Twitter, host of radio show Science Friday Ira Flatow revealed his brother was “saved by his Apple Watch,” alerting him to a higher than normal heartbeat. According to the personality, the heart beat was in excess of 200 beats per minute, prompting the sibling to take a trip to the hospital. Doctors issued a diagnosis of tachycardia, a condition when the heart rate exceeds the normal resting rate, which for most adults would be a resting heart rate of over 100 beats per minute.