Microsoft is to close all but four of retail locations, The Verge reported Friday, including the one in London that is just steps away from the city’s flagship Apple Store. The sites that remain will be turned into experience centers, but will not sell any products.

Those locations are New York City (Fifth Ave), London (Oxford Circus), Sydney (Westfield Sydney), and the Redmond campus location. The London store only just opened about a year ago. All other Microsoft Store locations across the United States and globally will be closing, and the company will concentrate on digital retail moving forward. Microsoft says Microsoft.com and the Xbox and Windows storefronts reach “up to 1.2 billion monthly customers in 190 markets.” The company tells The Verge that no layoffs will result from today’s decision. “Our commitment to growing and developing careers from this diverse talent pool is stronger than ever,” Microsoft Store VP David Porter said in a LinkedIn post on the move.

Check It Out: Microsoft to Permanently Close Retail Locations 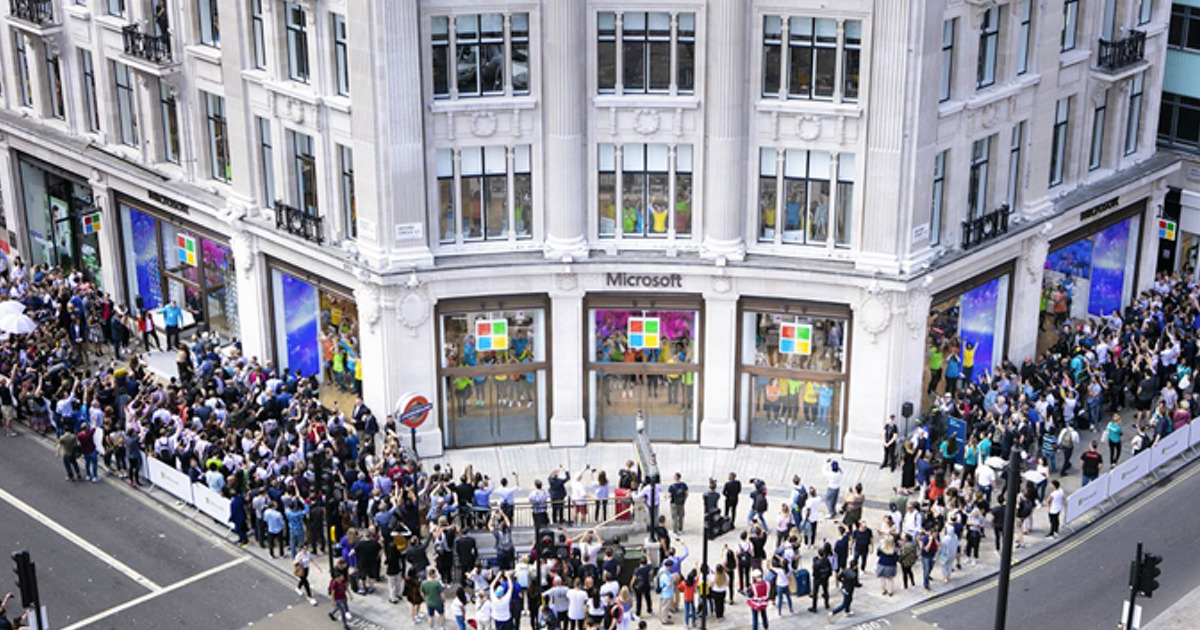