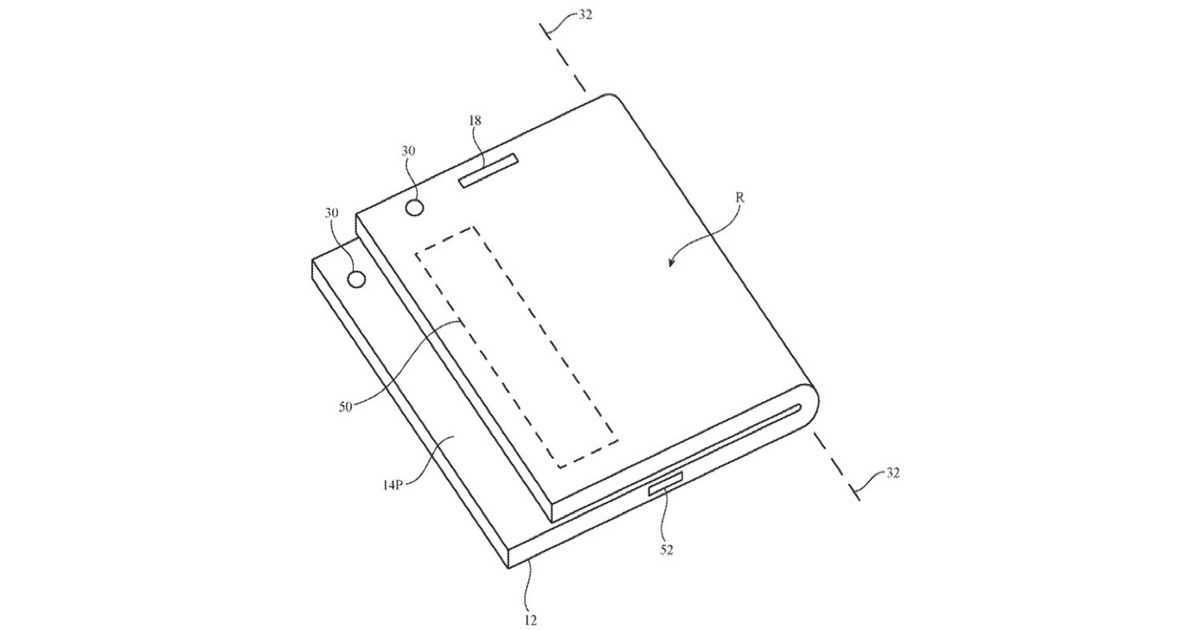 A patent application filed today shows a folding Apple device with a TouchBar and an exposed strip for notifications.

If desired, touch sensors (e.g., a two-dimensional touch sensor), buttons, or other input-output devices may be formed in a region such as region on rear surface R of housing (e.g., so that a user may supply input to one of these regions in response to adjacent content being displayed on protruding portion.

This is probably my own bias showing (because I think folding phones are gimmicks) but I think Apple is going for a folding iPad. That makes sense to me.

Check It Out: Apple Patent Shows Folding Device With TouchBar