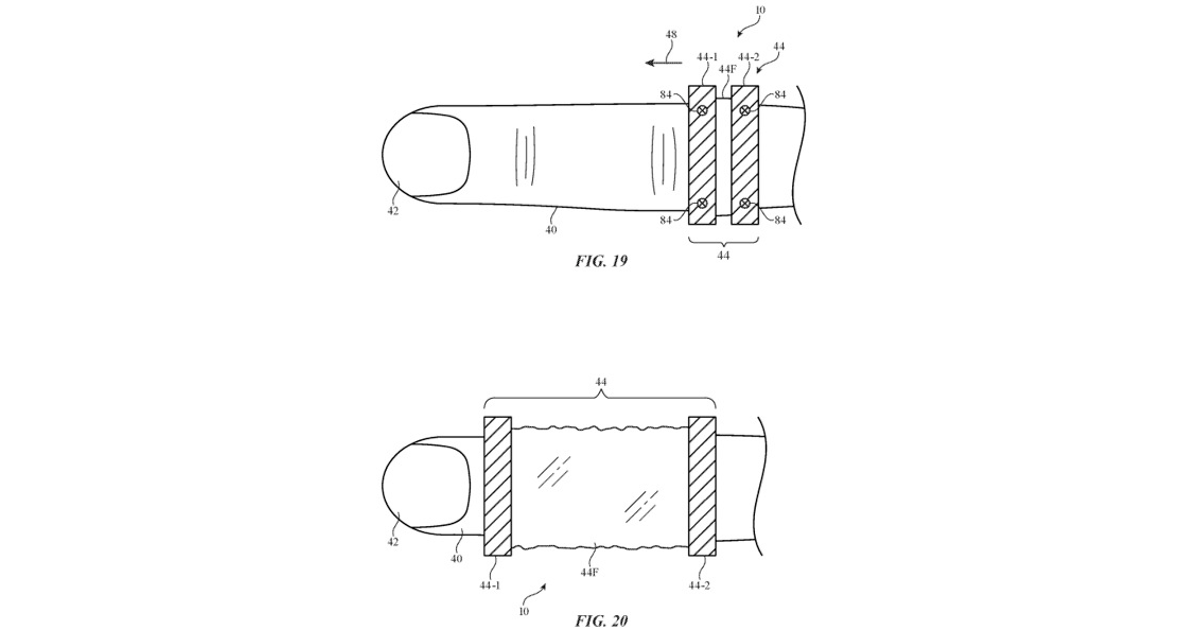 Apple’s much-rumored smart ring could be extended to cover an entire finger. That’s according to a new patent, granted on Tuesday and reported on by AppleInsider.

A smart ring has the potential to provide users with functionality similar to an Apple Watch, but in a smaller package that doesn’t take up space on a user’s wrist. While part of the challenge of designing a smart ring involves cramming components into a small space, there is also the issue of its size offering little in the way of opportunity for embedded sensors to be used due to a lack of surface area, as well as for users to accurately control it. In a patent granted by the U.S. Patent and Trademark Office on Tuesday titled “Expandable Ring Device,” Apple suggests the size of a smart ring may not necessarily be static. While the name of the patent hints at a one-size-fits-all design, the filing actually refers to ways the ring could be expanded into a longer tube that covers more of the finger, including some knuckles.

Check It Out: The Apple Smart Ring Might Cover an Entire Finger