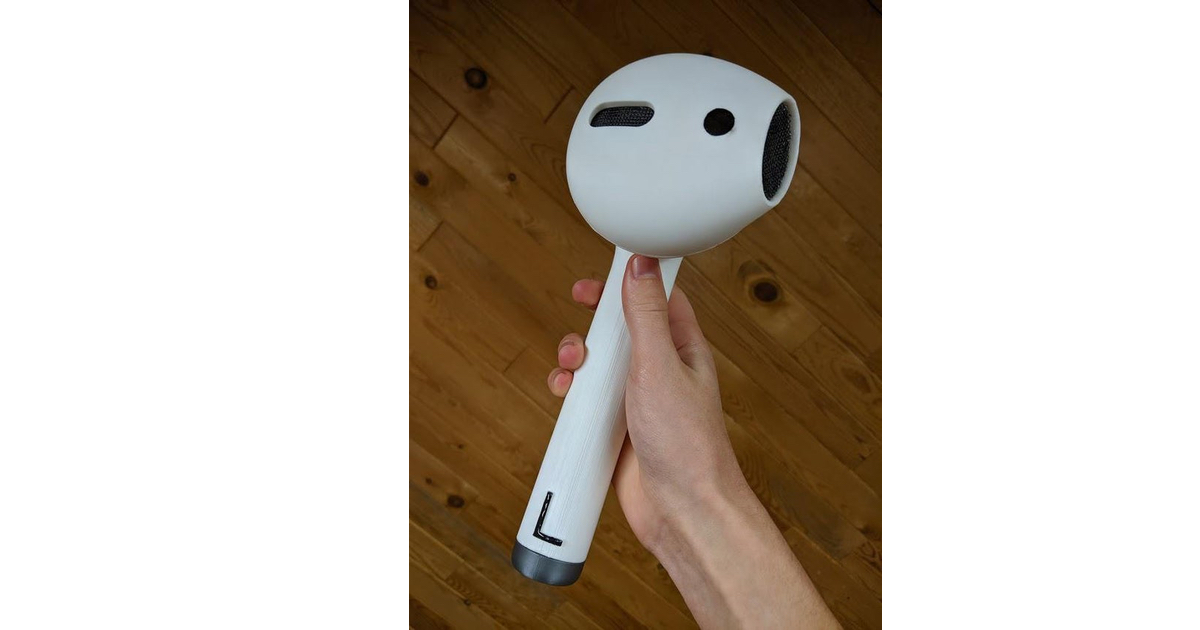 Losing your AirPod is annoying. So someone invented a giant one. That person, Aaron B, told Mashable about it.

Building the replica was a bit of an undertaking. Aaron explained to Mashable that it took about five hours to model it, then another 15 hours to print it using a 3D printer. Despite this, Aaron called the build “pretty simple,” and offered his CAD model incase anyone else wants to try their hand at it. But the best part of this giant AirPod is that it is fully functioning. Not only does it look hilarious, but it’s able to play music via Bluetooth as well. “I got the idea from someone who made one a few years ago,” Aaron told Mashable. “Theirs was made in a similar way (3D printed housing and Bluetooth speaker electronics inside), but that model was a bit rough from scaling it up so much.”

Check It Out: This Person Invented a Giant AirPod

3 thoughts on “This Person Invented a Giant AirPod”