The official Twitter app for Mac got an upgrade. It added Touch Bar shortcuts and now supports integration with an iPad via Sidecar, Cult of Mac reported.

The version 8.5 update makes it so that you can put Twitter for Mac on your iPad when using Sidecar. It also adds some (but not many) Touch Bar shortcuts for those using a MacBook Pro. Touch Bar support is basic for now. You’ll see a compose tweet button, plus a toggle that lets you quickly switch between your most recent and most relevant timelines. There’s a lot of empty space for now. Nevertheless, it’s a good start. Future updates will likely add other useful buttons for things like direct messages, search, lists, and more. 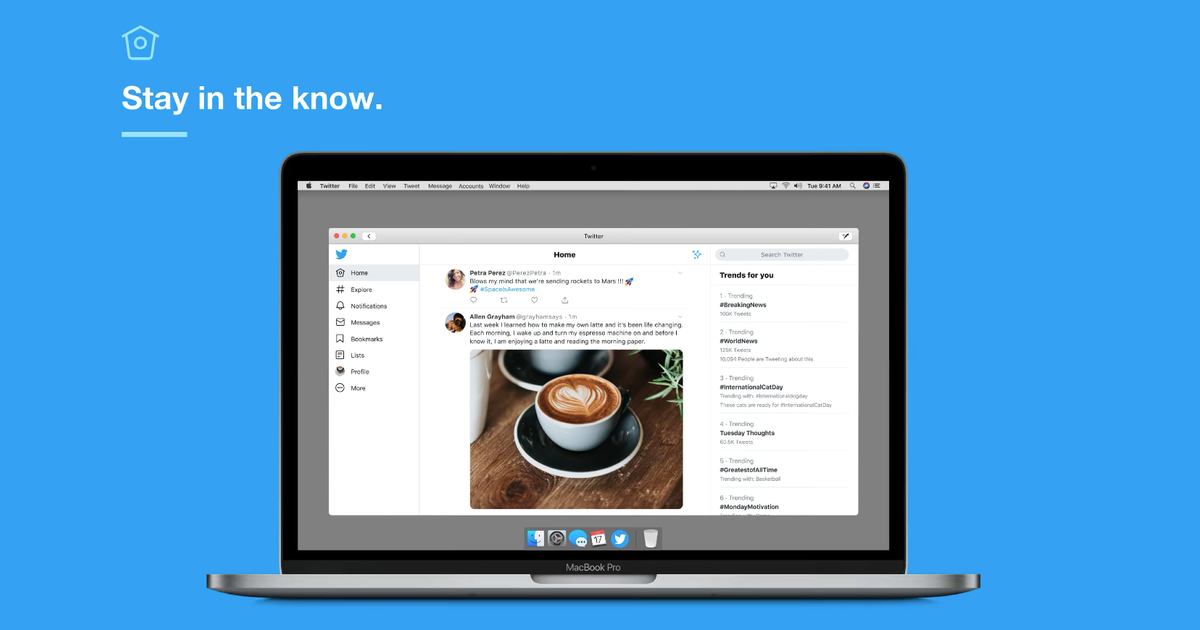