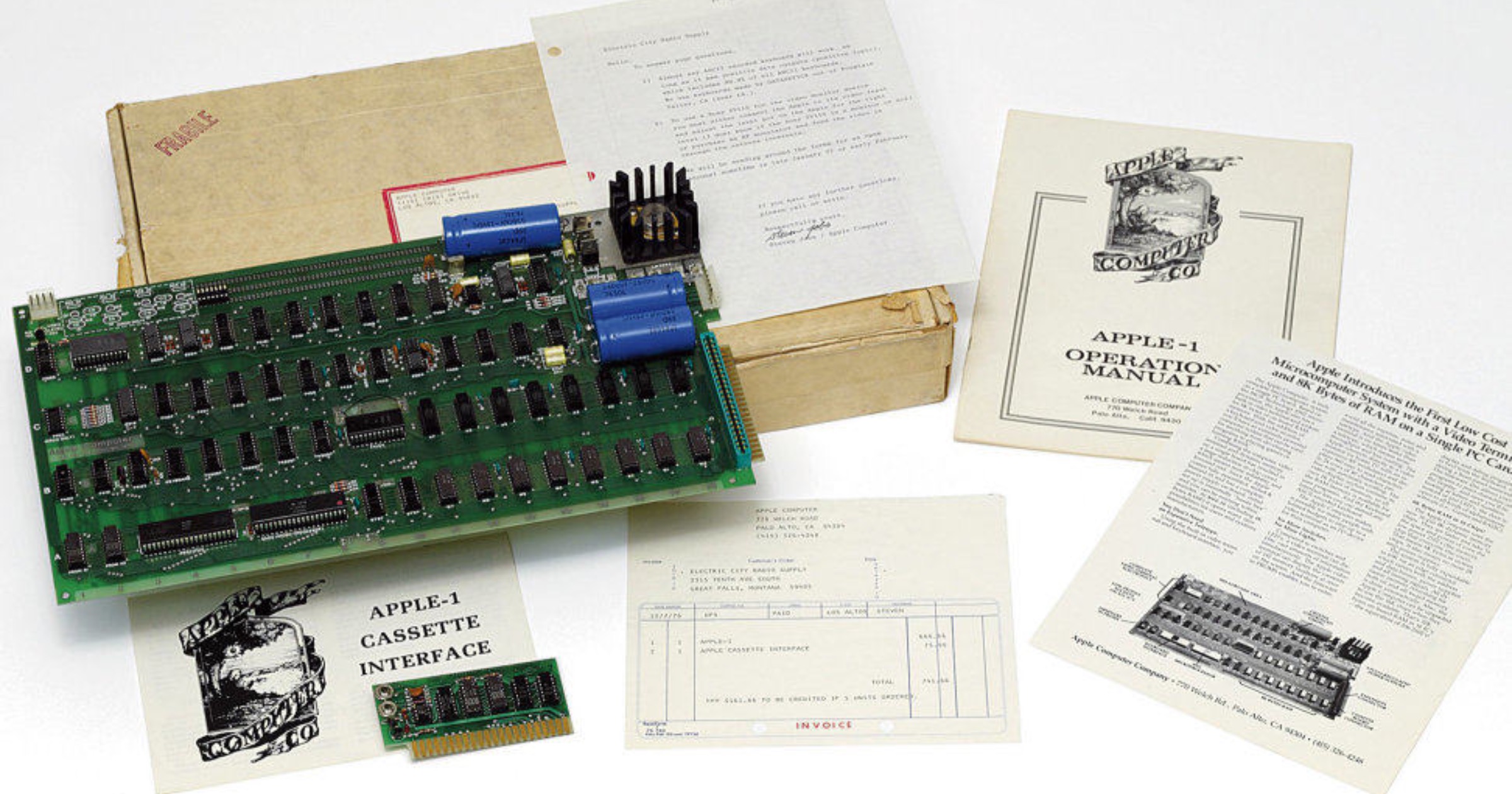 A decade ago, recalled Cult of Mac, an Apple-1 sold for $210,000. It was, at the time, the most expensive personal computer ever sold at auction and thought to be one of only around 50 working Apple-machines in existence. It also came with the original packaging and a letter signed by Steve Jobs. (Image credit: Christie’s)

Italian businessman and private collector Marco Boglione bought the Apple-1 in question. Sportswear company owner Boglione possessed an extensive archive of personal computers, including other rare Apple models. “I’m a guy that has been dealing with these machines, let me say loving these machines, and really being attached to these machines, since I was a kid,” Boglione told The Seattle Times in an interview shortly after the auction. Apple co-founder Steve Wozniak, on hand for the Apple-1 auction, vouched for the machine’s good working order. Boglione announced that the Apple-1 would go on display in Italy’s Museum of the Information Technology Revolution, in his hometown.