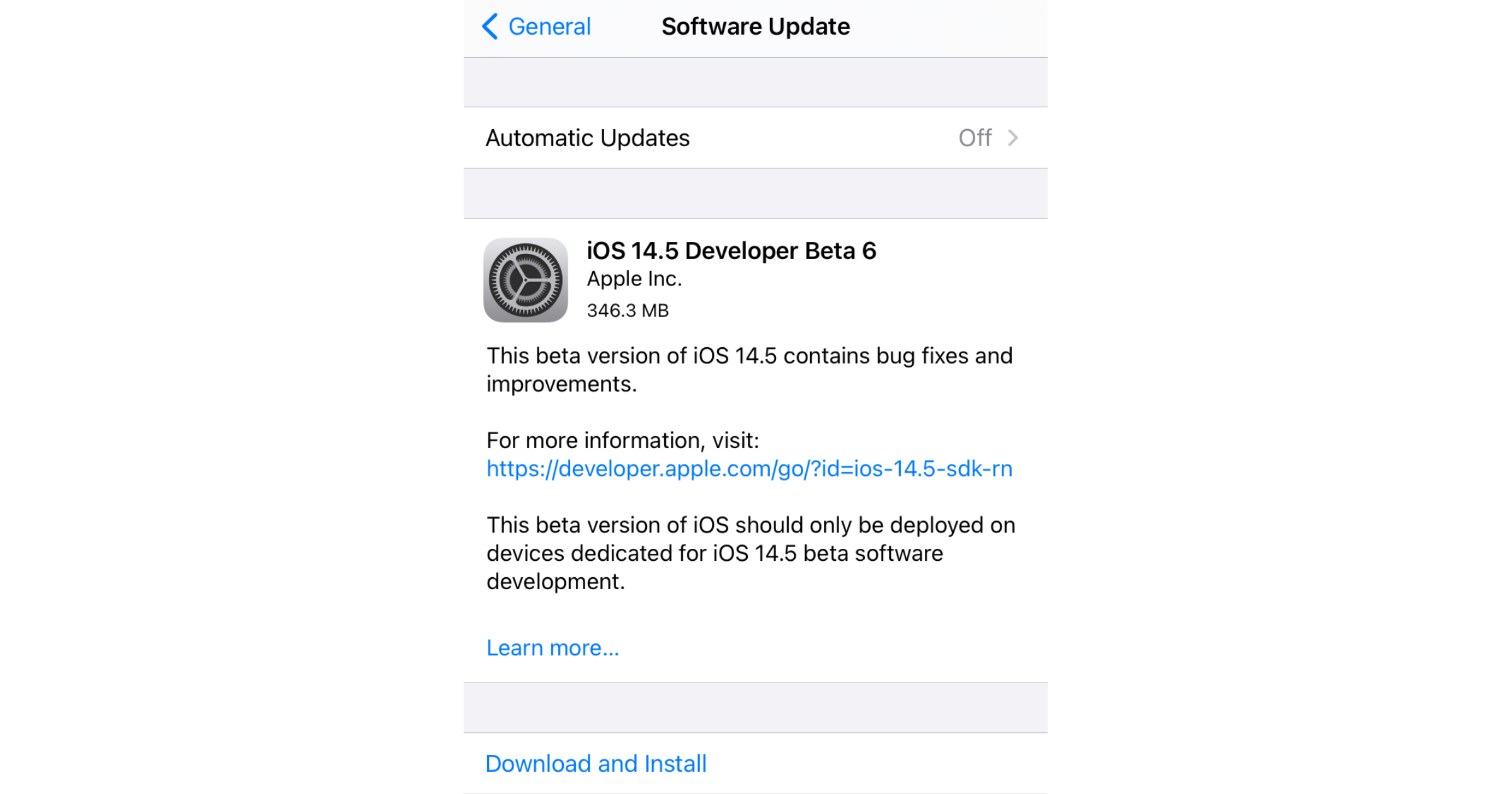 The latest iteration includes two new English voices for Siri. Furthermore, the female voice is no longer the detail when setting up the assistant for the first time. Those in the developer program can get the latest version by going to Settings > General > Software Update. There they see the download screen shown above and can tap ‘Download and Install’ to get hold of the latest version.

The previous version was only released last week alongside beta versions of other Apple operating systems set for release. Surely we must be getting close to the public release, at least of iOS 14.5?