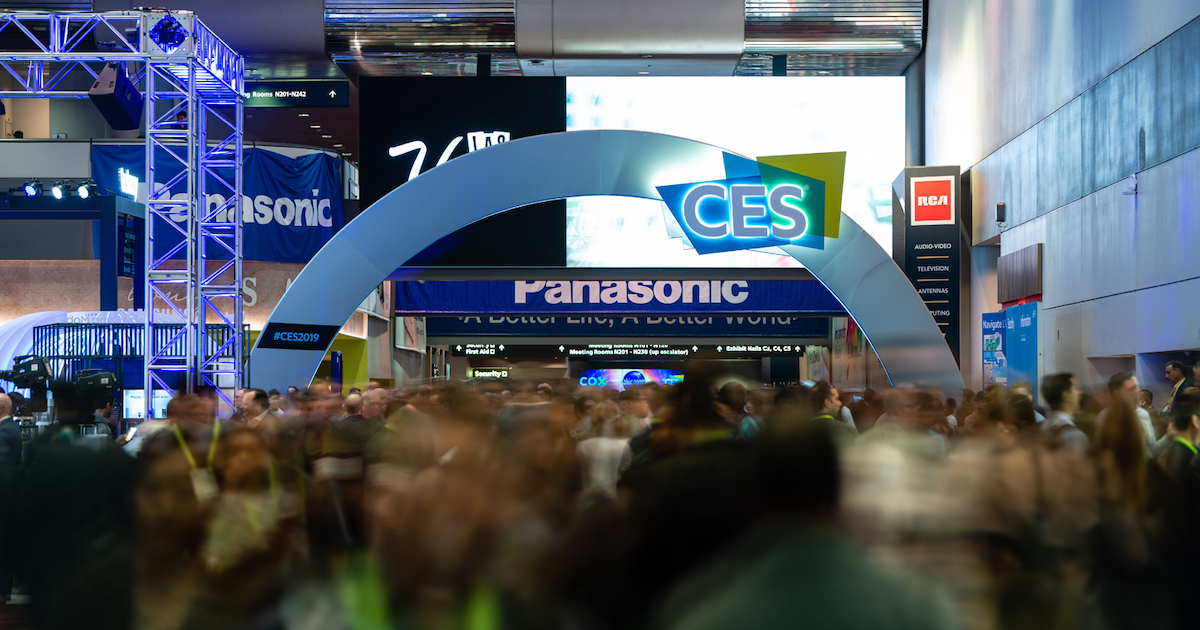 In 2021, the Consumer Electronics Show (CES) was a virtual-only event. The Consumer Technology Association (CTA) established early in the planning stages for CES 2022 that the trade show would return to normal. Now that we are just a week from CES 2022, it’s clear that we are not ready for a normal in-person trade show.

A surge of COVID-19 infections led to many major tech companies canceling plans to attend the physical show. The omicron variant has hit America hard, and the biggest names in technology have responded out of an abundance of caution.

Google, Amazon, General Motors, Microsoft, T-Mobile, Facebook parent Meta Platforms. These are just a few of the big names skipping the in-person show. AMD, AT&T, HP, Lenovo, Nvidia, TikTok, and Twitter have also announced they’ll be skipping the physical CES 2022 show. In the latest news, Procter & Gamble announced that it is also dropping out of the in-person CES.

The good news is that the show was always planned as a hybrid event. A digital component for those unable or unwilling to attend in person in Las Vegas has always been on the table. This means that the exhibitors who will not attend in person can still show off their latest and upcoming products.

The Show Must Go On, CTA Says

In spite of the cancellations, CTA announced it will not be canceling the show. On December 27, senior director of CES communications Jamie Kaplan told Investor’s Business Daily, “We’re not canceling”.

Kaplan pointed out that there are still 2,200 companies who want to have a show, and exhibitor cancellations make up less than 10% of the show floor. She said, “It’s important to remember that while there are large companies at CES, there’s also medium and small companies that really rely on CES to do their business”.

One component of CES has always been collaborative events. One of these, Pepcom’s Digital Experience, has been adjusting to the rapidly changing landscape of the show. Early on, organizers for Digital Experience had over 140 companies ready to show off their products.

It’s clear that the time to go back to how we did things before isn’t here yet. The last two weeks of news surrounding CES have proven that. Will there come a day when we can have a large scale in person trade show like CES of its glory years? There is simply no way to predict that. In the meantime, the fact that organizers are adjusting their plans to accommodate health and safety is gratifying and encouraging.

Jeff: In a word, three actually; no, we’re not.  By now, it should be painfully evident that this virus does not care what we want or when we want it. It does, however, possess the capacity to exploit our behaviour to its survival advantage, replicate and, like all RNA viruses with sloppy replication, possesses the ability to mutate ad libitum – which courtesy of our behaviour, we provide it abundant opportunity to do so.  Our most recent Annual Meeting of the American Society of Tropical Medicine and Hygiene back in November was supposed to be in-person. Beginning nearly a year… Read more »