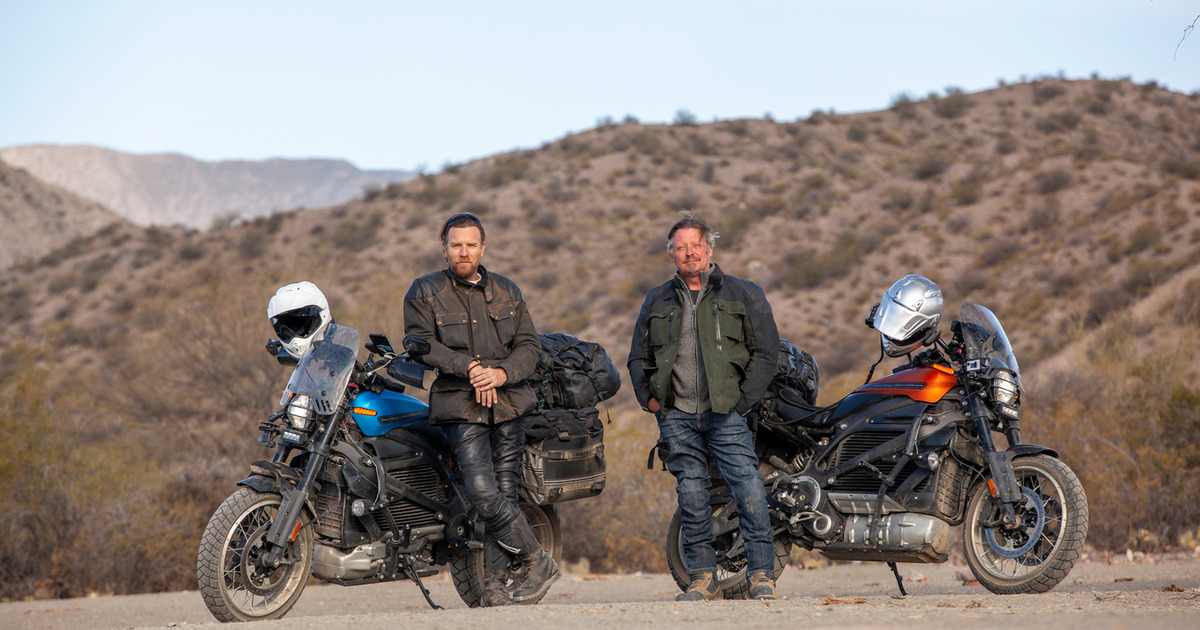 Apple TV+  unveiled Long Way Up, a new motorcycle travel series, starring and executive produced by Ewan McGregor and Charley Boorman, on Monday. The first three episodes of the series will premiere globally on Apple TV+ on Friday, September 18. New episodes will follow on a weekly basis.

Ewan McGregor and Charley Boorman Ride a ‘Long Way Up’

Long Way Up, follow previous series from Mr. McGregor and Mr. Boorman Long Way Round and Long Way Down. It comes a decade since the pair made took last motorbike adventure around the world. For this latest excursion, they covered 13,000 miles over 100 days, through 16 border crossings and 13 countries. It starts from the city of Ushuaia at the tip of South America before going through South and Central America on electric Harley-Davidson LiveWires. They also go through Argentina, Chile, Bolivia, Peru, Ecuador, and up through Colombia, Central America, and Mexico. Directors David Alexanian and Russ Malkin also joined the expedition in electric Rivians.