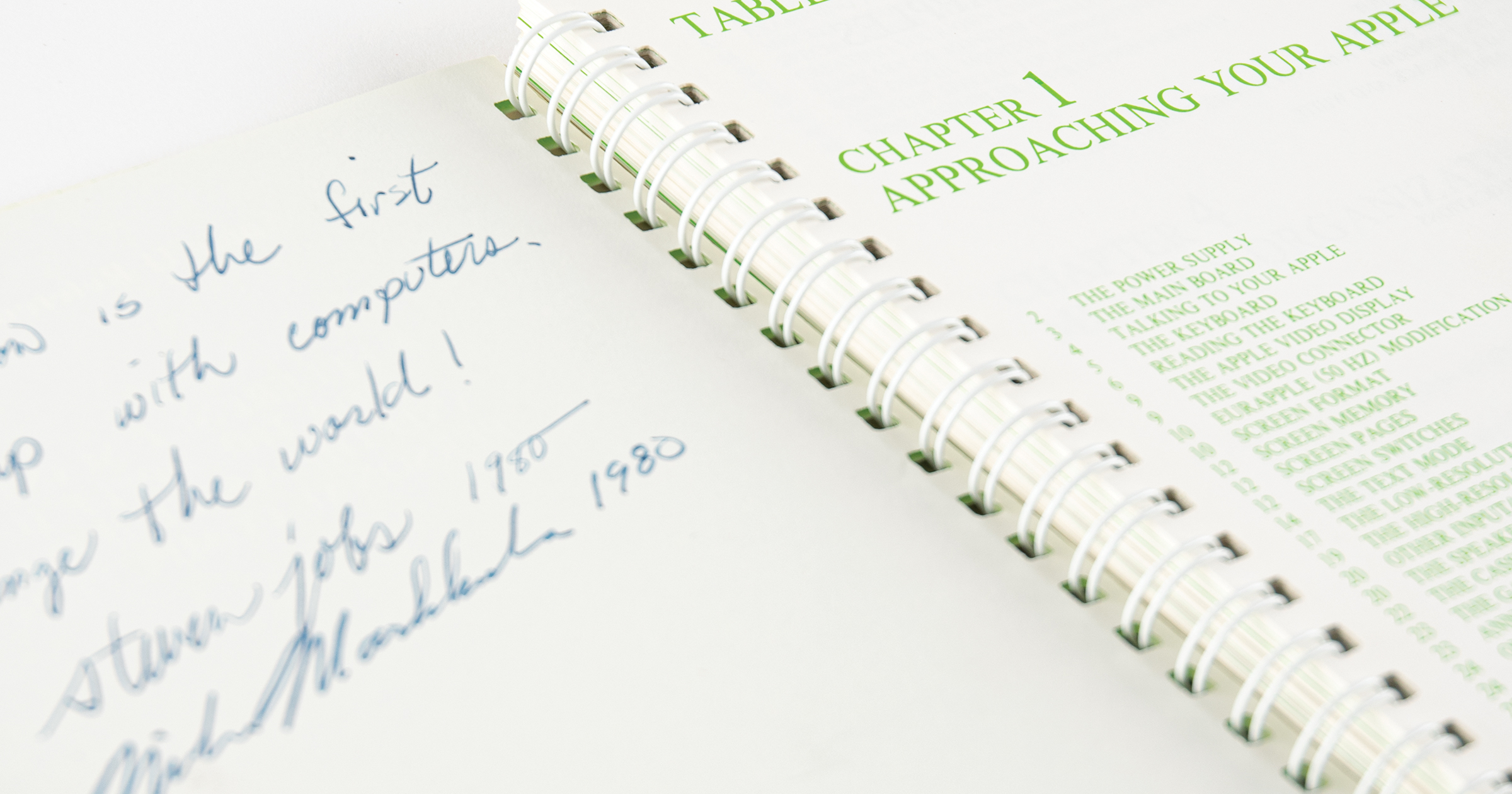 A range of iconic items related to Apple and Steve Jobs is set for auction this month. They include an Apple II manual signed by the Apple co-founder and a leather bomber jacket that he wore.

The sale is being conducted by RR Auction, opening on August 12. The manual (pictured above) is signed for the son of UK Entrepreneur Michael Brewer. The dedication on it reads:

Your generation is the first to grow up with computers. Go change the world!

That particular item is estimated to go for US$50,000 or more.

Steve Jobs’ inscription powerfully conveys his grand ambition and vision for the future of Apple and personal computing as a whole.

There is also a 128K Macintosh motherboard display signed by Mr. Jobs and Jef Raskin and an Apple-1 computer.

The Twitter account Mr. Macintosh has highlighted what I think is my favorite item in the auction. It’s a letter on Apple-headed notepaper, signed by Steve Jobs…saying he doesn’t do autographs.