The iPhone 12 became the best selling 5G smartphone in the world in October. That’s despite the fact that it was only available for two weeks in that month. Furthermore, the iPhone 12 Pro was the second-best-selling model, according to data from Counterpoint.

Perhaps most incredible of all, the iPhone 12 was in the top-10 best selling 5G devices for January – October 2020. Again – it was only available for two weeks during that period. In October alone, iPhone 12 sales accounted for 16 percent of all 5G smartphones sold, with the Pro model accounting for another eight percent. The first none Apple device was the Samsung Galaxy Note 20 Ultra 5G on four percent. 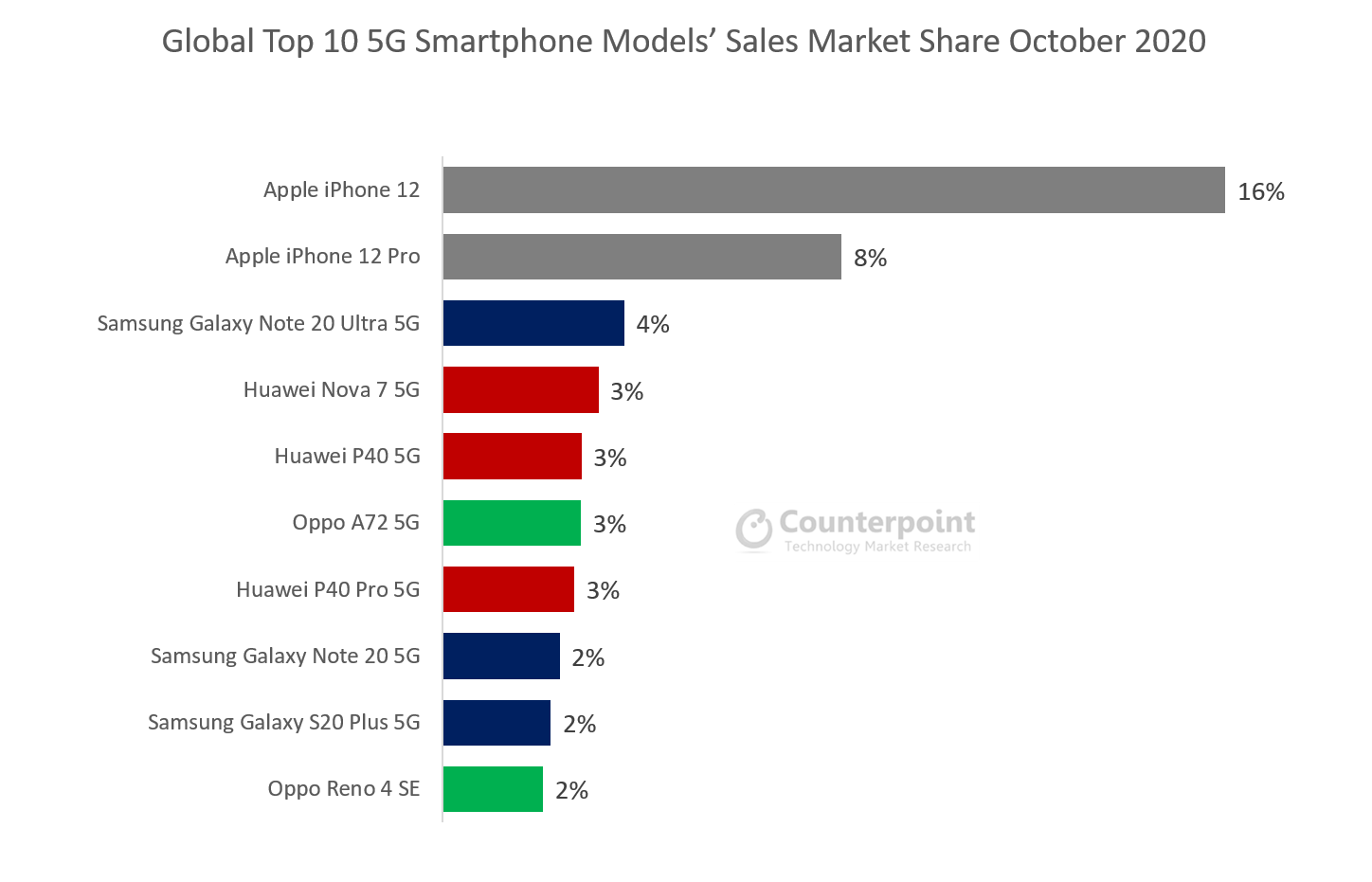 There is a large pent-up demand for 5G upgrade, especially within the iOS base, which is now getting converted into sales. This was complemented by strong carrier promos, especially in the US, which accounted for over one-third of the iPhone 12 and 12 Pro sales for the month. All carriers were offering the iPhone 12 for $0 through a mix of the trade-in and unlimited plans.

The analyst felt that demand will continue to be strong.