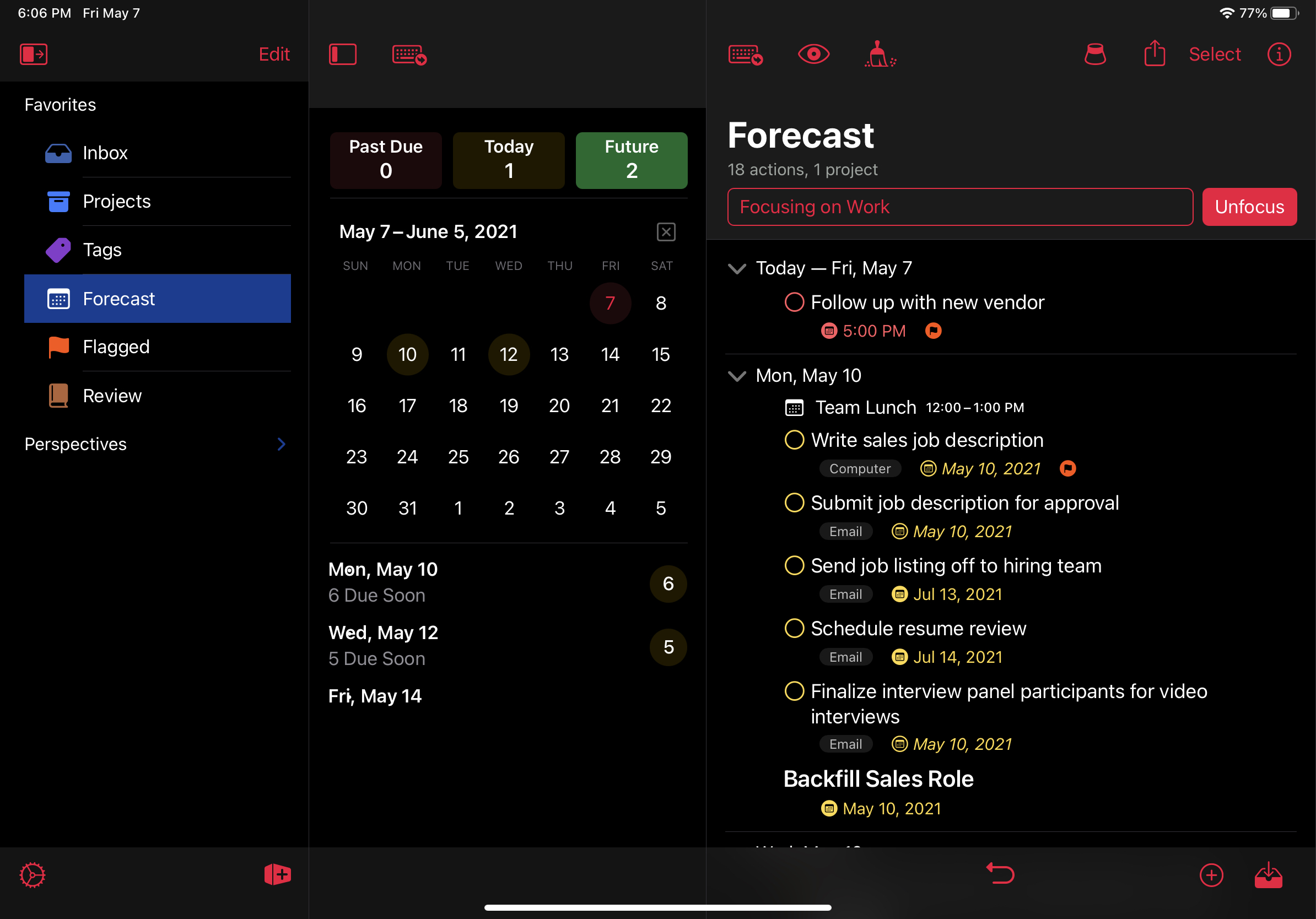 OmniGroup has announced a public beta for the latest macOS and iOS versions of OmniFocus. Version 4 will follow in the footsteps of OmniPlan version 4, sporting a new simplified interface and more support for Omni Automation making it possible to script some repetitive work within the apps.

In speaking with OmniGroup about this new public beta, Ken Case, CEO of OmniGroup, explained that rebuilding the user interface in SwiftUI created opportunities to make things more modern, and more responsive. It’s now easier to switch between views on iOS with less tapping, and on iPadOS with the addition of more keyboard commands. Other “new to iOS” items include Focus and Quick Open, which are macOS-only in version 3.

As with the currently shipping version of OmniFocus, syncing a single database across platforms is an integral feature and works reliably to allow updates to your data from any device where OmniFocus is installed.

Seeing the new version in action is pretty interesting, as both improved iOS features and previously Mac-only functionality are making OmniFocus even more powerful on mobile devices. If you’re using an iPad with a keyboard, which is pretty close to a laptop experience already, OmniFocus is doing a lot to narrow that gap even further.

OmniGroup has opened the beta to anyone running iPadOS 14, iOS 14, and watchOS 7. New users will be accepted in waves, and all the usual caveats about beta software and losing data and “it’s called the cutting edge because it’s sharp and you might bleed” go here.