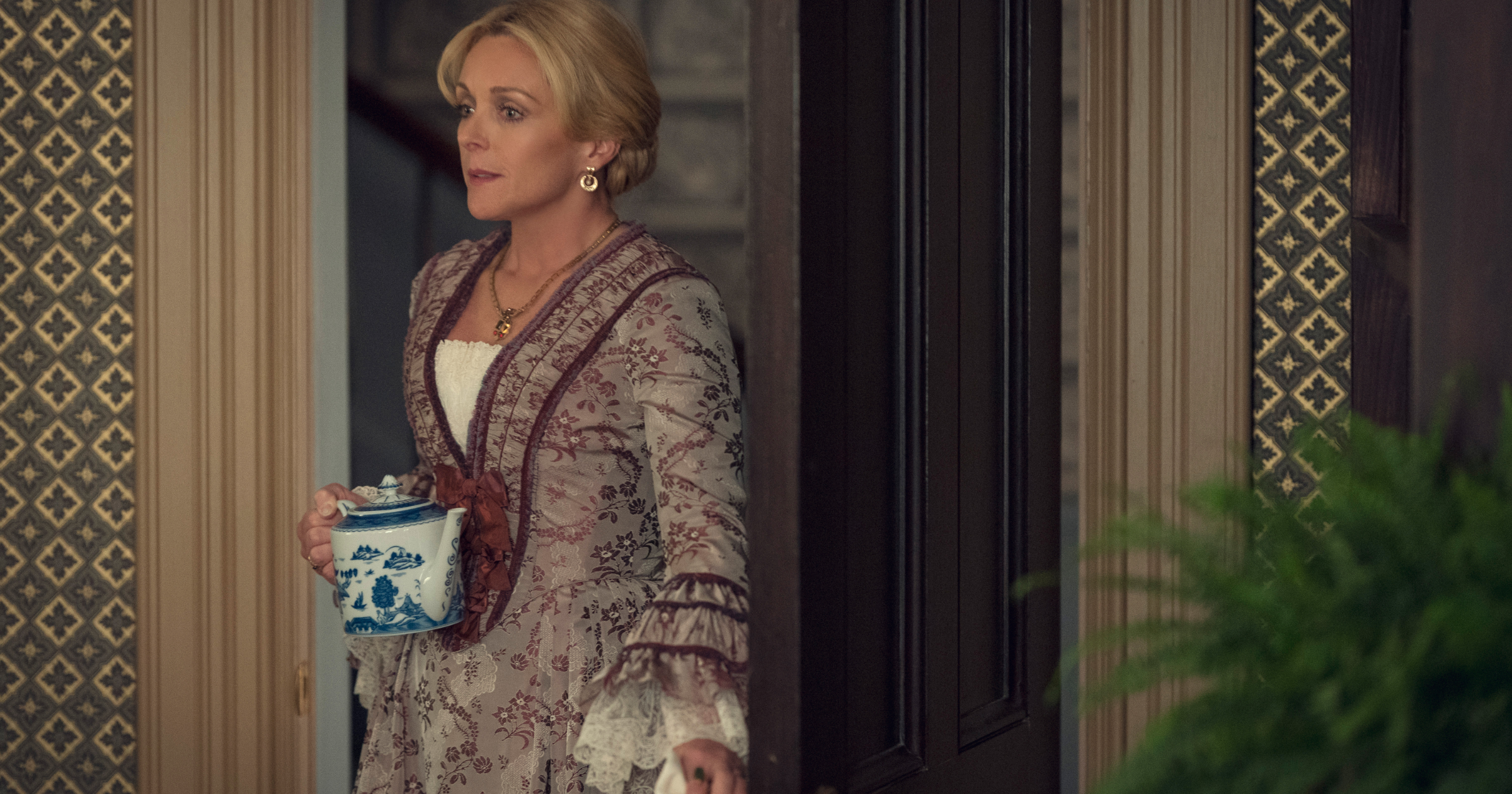 The cast and crew of Dickinson are back at work shooting season three of the Apple TV+ hit. Jane Krakowski (pictured above), who plays Emily’s mother in the quirky comedy, confirmed this in a roundtable discussion hosted by the LA Times.

Ms. Krakowski said that shooting had restarted “just a few weeks ago.” She also revealed that she was initially attracted to being on the show because she was “so excited about the creative adventure it was going to be. What [showrunner] Alena Smith was trying to do. How deliberately anachronistic it was.”


The first two series are available to view now.