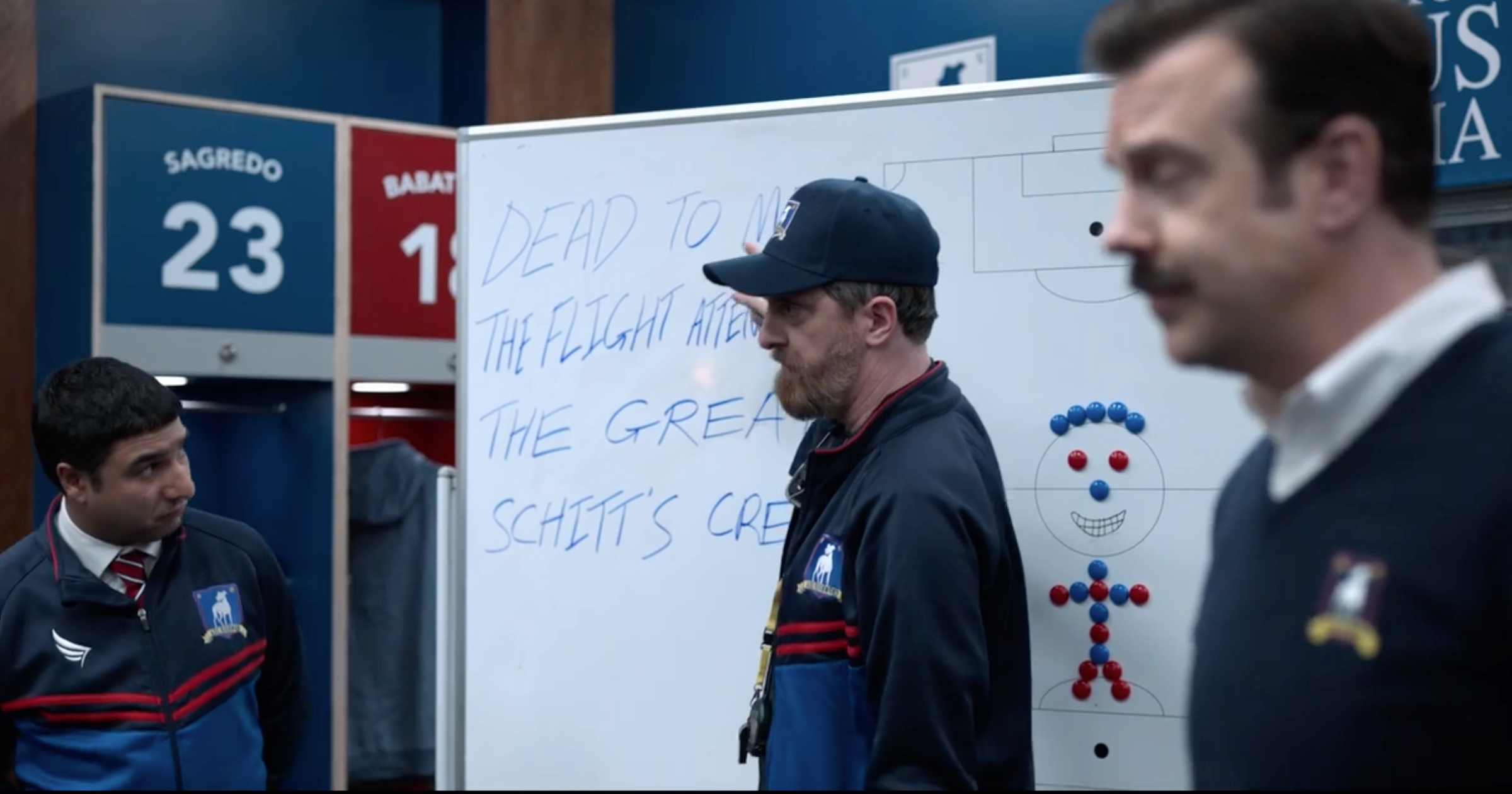 Ted Lasso is to give a pre-match pep talk to his team at the SAG Awards on Sunday night. Entertainment Weekly has got hold of a sneak peek of the brand new sketch, which features the AFC Richmond team and other key characters.

In the first part of the sketch, Jason Sudeikis, in character as Ted Lasso walks into the dressing room where the squad, Coach Beard (Brendan Hunt), Nate the Great (Nick Mohammed), Keeley Jones (Juno Temple), and Rebecca Welton (Hannah Waddingham) is sitting. “We’ve got a big night ahead of us,” he declares, before reeling off which other shows the Apple TV+ comedy is up against in the Outstanding Performance by an Ensemble in a Comedy Series category. He describes the competition from Dead to Me, The Flight Attendant, Schitt’s Creek, and The Great as”tougher than ice-cold beef jerky.”

Apparently, there are “several laugh-out-loud moments” in the sketch. The SAG Awards sketch might just tide fans over until we get season two later this year…