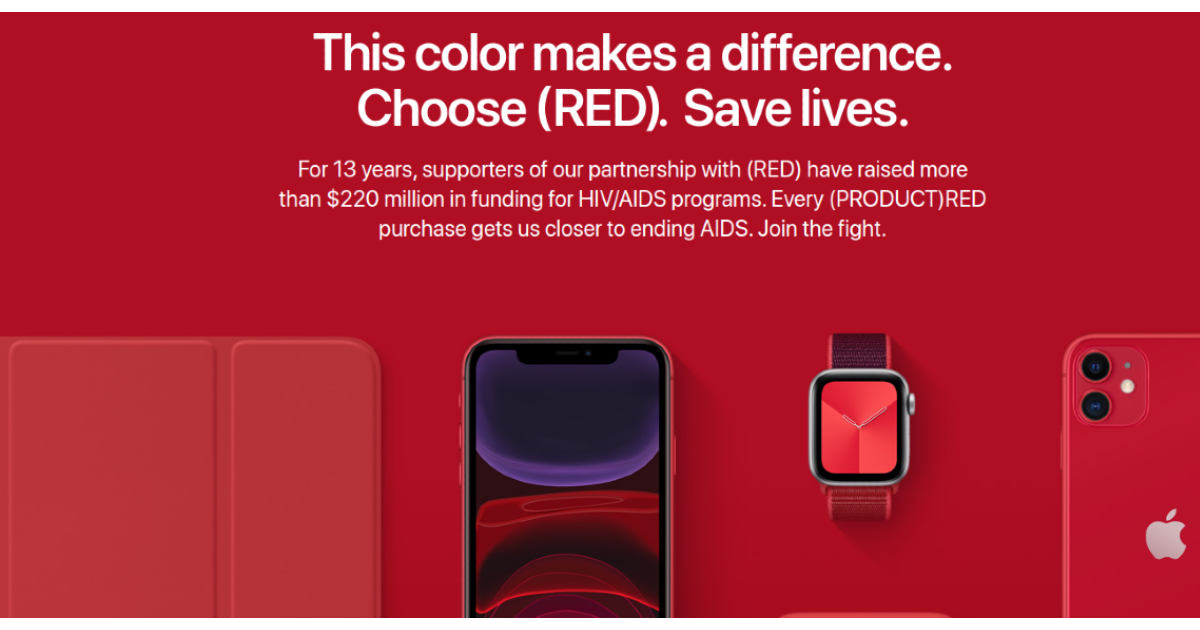 Apple’s partnership with (PRODUCT)RED started in 2006.  Mr. Cook tweeted that “our customers have helped us raise $220M,” in the 13 years since then. He added that  “AIDS-related deaths have fallen by more than half since 2004,” and stated his ambition for an AIDS-free generation.

This #WorldAIDSDay we mark our 13th year partnering with @RED to fight AIDS in Africa. Since 2006, our customers have helped us raise $220M. AIDS-related deaths have fallen by more than half since 2004. Together we can achieve an AIDS-free generation. https://t.co/h4wnIDGAmq

Mr. Cook also commemorated the 64th anniversary of Rosa Park’s refusing to give up her seat as part of a civil rights protest. He visited Montgomery, Alabama, where Ms. Parks was an integral part of the bus boycott protest.

64 years ago today, Rosa Parks changed the course of history by refusing to give up her seat on a bus. In that one act, she stood for equality and justice for all of us. Proud to mark the moment with a visit to Montgomery, AL with @stevenlouisreed. pic.twitter.com/L24UVvlbbw