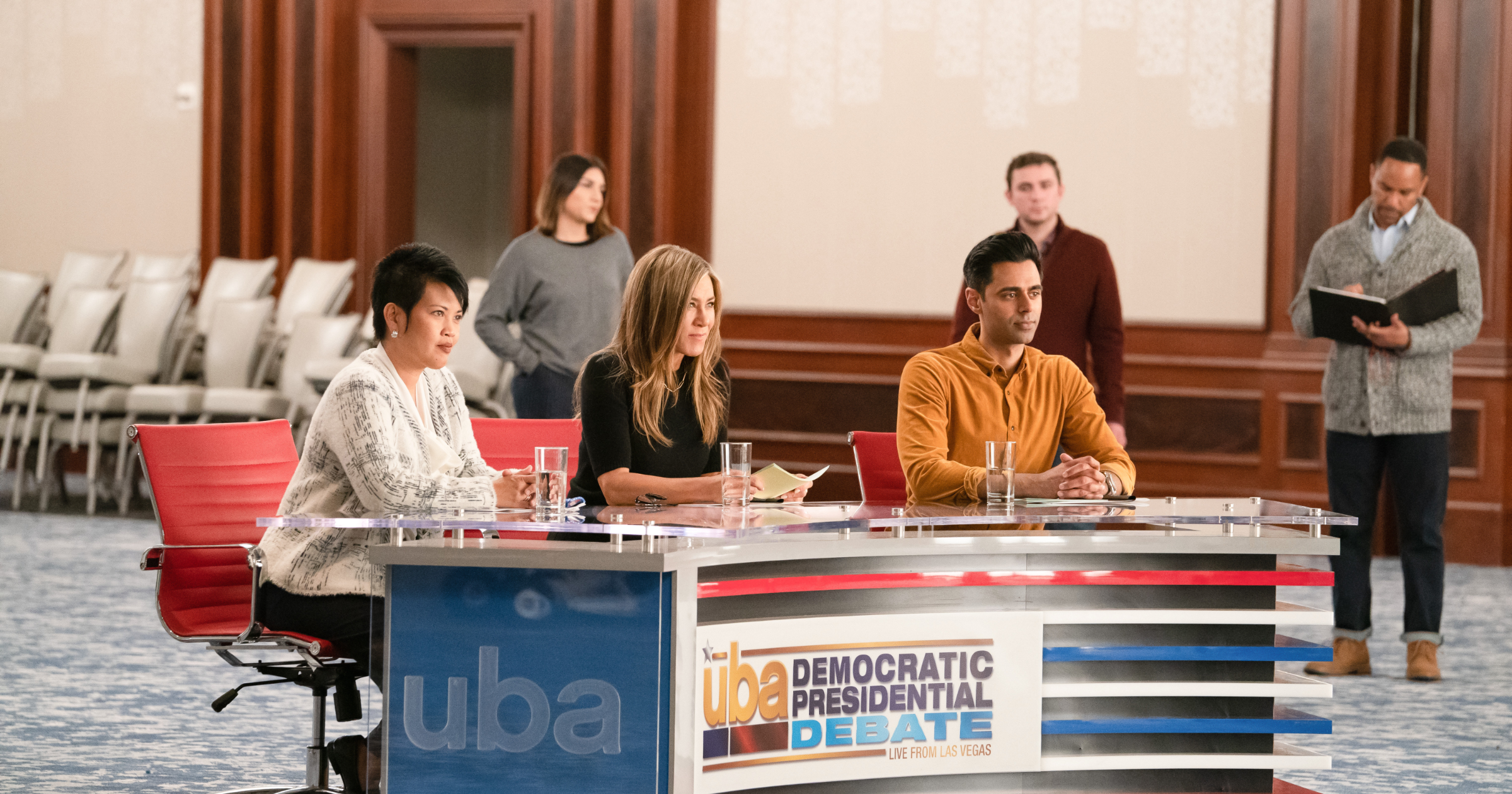 Episode five of The Morning Show season two is the weakest of the new season so far, which I’ve generally been enjoying. While other episodes have moved multiple storylines on or made a pertinent point, this one ties up a few loose ends but offers little else. The most notable thing about it is Billy Crudup’s ongoing brilliant performance as a highly-conflicted Cory Ellison.

The forthcoming book by Maggie Brenner (played by Marcia Gay Harden,) is making Alex increasingly frantic as the team head to Las Vegas for the debate. It culminates in a rather over-the-top hotel room confrontation during which Alex learns that her affair with Mitch is going to come to light. Talking of hotel rooms and affairs, Bradley and Laura’s relationship continues in Las Vegas, although it feels rather forced that the latter is there.

In the build-up to and throughout the trip, which is meant to reflect the trip during which Hannah and Mitch first were together, Alex is complaining about pain in her back. It is an, I assume deliberate, echo of Megyn Kelly being ill before and during a Republican primary debate in August 2015. Ms. Kelly, however, got through the broadcast. Alex does not and flies home alone. Bradley gets her wish and moderates.

Cory isn’t with his team at the debate. We learn that he came to an agreement with Fred and that he and Bradley clearly had feelings for one another. In one of the more powerful segments of this relatively weak The Morning Show season two episode, he travels to try and persuade Hannah’s father to take the compensation he is being offered. Hannah will be smeared in the press via Fred if her father continues his legal campaign. With the father refusing to stop, Cory, who does not want the smears to come out, is faced with a dilemma – if he feeds another salacious story to an outlet they will not run the stories about Hannah. Having just learned about Bradley and Laura’s relationship, he clearly thinks disclosing that might do the job, but can he do that to his friend and confidant?

Racism Rows and Covid in ‘The Morning Show’ Season Two

Back in New York, Stella is confronted by a racist, who decides that because she is an Asian woman she must be at fault for Covid. Yanko, still reeling from his own issues around racism, comes to her defense. However, this escalates into a full-blown physical fight in the street. Inevitably, it’s caught on camera. An important point is being made – Asians from all parts of that continent (Stella is Korean,) are being subjected to abuse. However, it is handled in a rather trite, obvious, way. This is happening a bit too much in The Morning Show season two.

Mitch, meanwhile, is also dealing with the fallout from Covid. He and his new Italian friend are isolating together in his palatial home. A practice interview gives us some more insight into the guilt he feels about what has happened, a decent attempt to make him a more complex character than the monster we would probably all rather simply dismiss him as.