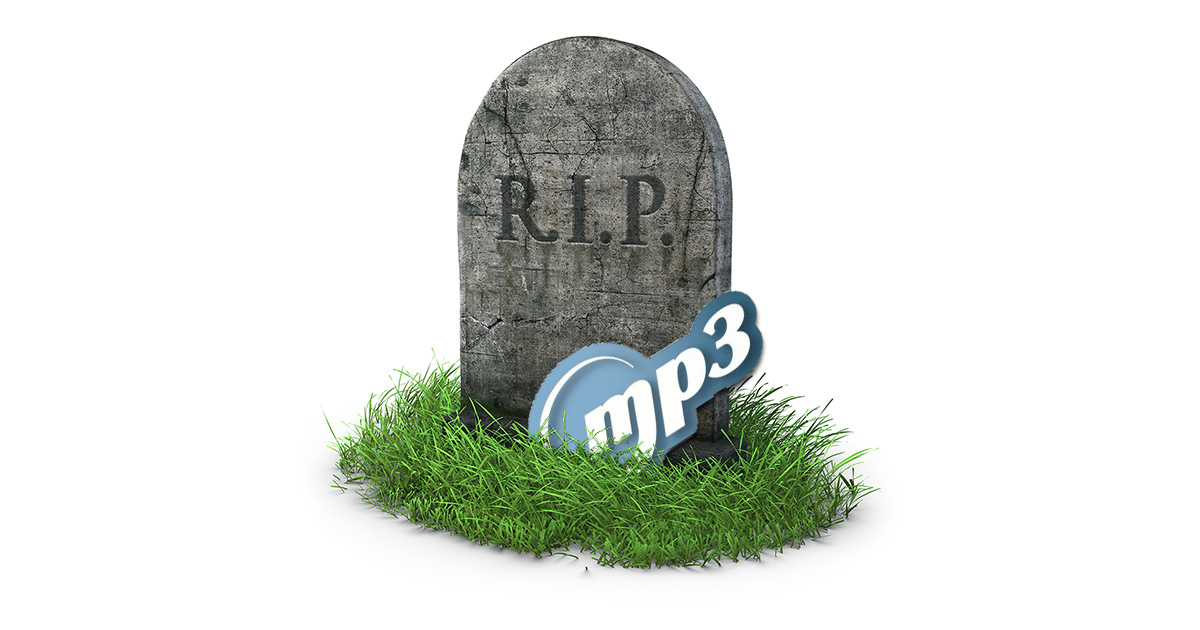 MP3 is dead and our music libraries are about to stop working! Or, at least that’s what the internet will have you believe since the Fraunhofer Institute announced it isn’t licensing its MP3 patents any more. Here’s the deal: MP3 isn’t dead, all your songs will still play, and you can keep buying MP3 tracks from music services.

The Fraunhofer Institute made its announcement saying, “On April 23, 2017, Technicolor’s mp3 licensing program for certain MP3 related patents and software of Technicolor and Fraunhofer IIS has been terminated.”

Although there are more efficient audio codecs with advanced features available today, MP3 is still very popular amongst consumers. However, most state-of-the-art media services such as streaming or TV and radio broadcasting use modern ISO-MPEG codecs such as the AAC family or in the future MPEG-H. Those can deliver more features and a higher audio quality at much lower bitrates compared to MP3.

And just like that we say farewell to the audio file format that gave rise to Napster, portable digital music players, and online music stores. Or maybe not.

There’s a lot more to MP3’s behind the scenes story, and FI isn’t the only company involved in bringing the format to life. MP3 dates back to the 1980s and includes work from Alcatel-Lucent, Thompson, and AudioMPEG, co developed with the Fraunhofer Institute. Like any new technology, the companies patented their work—and patents eventually expire.

Tune Quest did an excellent job of listing the patents related to MPEG 1, 2, and 3, which includes the MP3 file format we’re all familiar with. OSnews broke the list down to show when the MP3-specific patents expire, and the last of those expired in April 2017.

That means as of April there isn’t anything to license because there aren’t any current patents covering MP3. Without those patents there isn’t any value in licensing, and that’s what this comes down to: The Fraunhofer Institute can’t make money off licensing MP3 patents.

MP3 is Alive and Well

The big announcement isn’t that MP3 is dead, although that’s how it sounds, it’s that FI isn’t going to try to license the expired patents.

In 2003 the Unisys patent on the GIF image format expired, and in 2006 the company officially ended its efforts to license the technology. GIF didn’t die, despite more modern file formats coming on the scene. That’s what’s happening with MP3 now; it just got GIFed.

One thing that is missing in MacOS is the ability to convert sound into mp3 format by using Quicktime. Obviously that was missing because Apple would have had to pay some license fee to make this available to any developer. (Playing mp3 is part of Quicktime. Playing and converting to AAC was also always available. And iTunes and many other apps can convert music to mp3 format, but by using their own code, not using Quicktime. ) Maybe Apple can now build an mp3 encoder into Quicktime, so everyone can use it without having to use third party libraries.