We have a deal on the Ninja Dragon Stealth 7 Wireless Silent LED Backlit Mouse, a gaming mouse that features a 1600 DPI Gaming Sensor, AutoFire keys, ultra-precise scroll wheels, positioning, and more. It works on the Mac and Windows PCs, and it comes in white or black. It’s $27.99 through our deal.

Eero 6 and Eero Pro 6 are available for preorder on Amazon and Eero’s site for November delivery.

We have a deal on the Moovy 3-in-1 Wireless Fast Charging Station. This charging dock can wirelessly charge your iPhone, Apple Watch, and AirPods (with a wireless charging case). With over-current, over-voltage, and over-temperature protection, this 15W dock prevents over-charging damage to your battery devices, and it has a silicone bottom to keep it from sliding around. It’s $59.99 through our deal.

We have a deal on TOKK CAM C2, a tiny camera that can be used as a security camera, a wearable body cam, or a dashcam for your car. With this portable, ultra-compact Wi-Fi camera, you can instantly stream and/or record crystal clear video in 1280x720P. And all of is controlled through an iOS or Android app. This device is $64.99 through our deal.

We have a deal on the Sinji Smart Outdoor Camera. It features 1080p resolution 2-way audio, motion-detection, a companion app, 128GB of on-board storage, and a cloud storage option. You can also remotely control this security camera with a user-friendly app and install it via your WiFi network or with an RJ45 Ethernet cable. It’s $59.95 through our deal.

Bryan Chaffin and John Kheit take a look back at the Mac Web 20 years ago and discuss what’s different about today, including how coverage of Apple is different today. They also chew over expectations for Apple’s media event on September 15th.

We have a deal on the CarAIDE Multi-Tool, an 18-in-1 device with a built-in jump-starter, a portable battery for your devices, a window breaker, a seatbelt cutter, a flashlight, and more. The CarAIDE Multi-Tool works with any car, boat, motorcycle, or ATV that uses a 12V battery. It’s slip-resistant, shock resistant, water, and dirt resistant, and fits easily into a car door, glove compartment, or cup holder. It’s $79.99 through our deal.

We have a deal on the Numi Power Mat, a mouse pad with a built-in Qi wireless charger for your iPhone or Android device. The idea is to reduce desk clutter by combining these two surface-occupying devices. The surface is made from a smooth polyester designed to work with all mice. The Numi Power Mat is $32.99 through our deal.

We have a deal on the Chargeworx Motion-Activated Wireless Charging Car Mount. This car mount attaches to your air vent, dashboard, or windshield, and has a built-in Qi wirelesss charger. It also comes with a built-in infrared motion sensor so you can attach or remove your phone with one hand. This car mount is $39.99 through our deal. 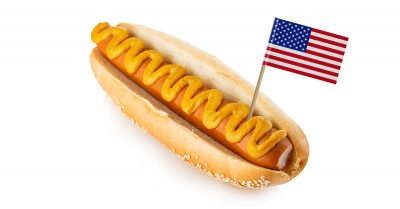 It’s Labor Day in the U.S., and The Mac Observer will be taking the day off for some socially-distanced fun. And of course, we hope that you are, too. So mask up, stay distanced, and we’ll resume our regular publishing schedule on Tuesday, September 8th. Enjoy the holiday!

We have a deal on the Sensibo Air and Room Sensor. The Sensibo Air is small device that retrofits any air conditioner or heat pump to turn them into a smart sensing machine. With an always-on motion sensor, your AC and Climate React will turn on and off as needed. The package is $179 through our deal.