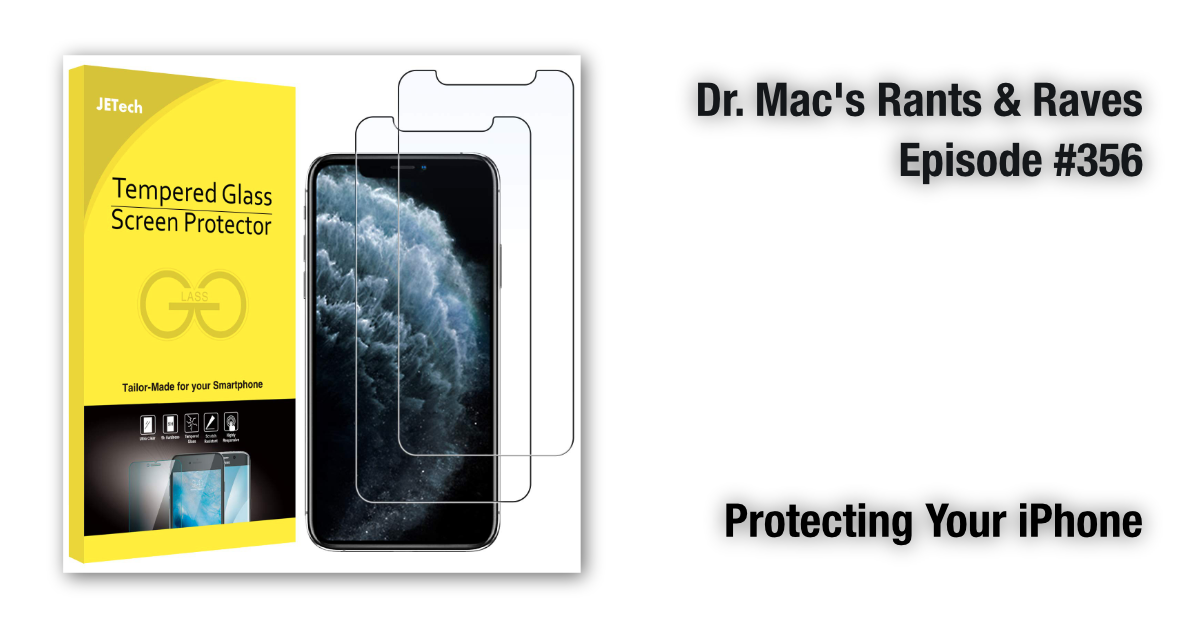 I haven’t always been a fan of protective cases for my iPhones. I used to believe that a case—any case—obscured the natural beauty of the iPhone. But after one iPhone got scratched and I cracked the screen of another, I changed my tune.

These days my iPhones go into a protective case on day one, but only after I apply a tempered glass screen protector.

I tried a number of expensive name brand glass screen protectors that came with free replacements. But I soon realized that it was a lot less expensive to buy a multi-pack of off-brand glass protectors at Amazon.com. For example, I recently ordered a three-pack of JETech Screen Protector Tempered Glass Film, which had a 4.5-star rating and 1,600 reviews, for just $3.98.

So far they work at least as well as more expensive products at a fraction of the price. (Note that the current deal is the same price but for only two protectors… still a bargain in my humble opinion.)

With Apple’s screen replacements starting at $129 (for iPhone SE, 5S, or 5C) to a whopping $329 (for iPhone XS Max or 11 Pro Max), I am convinced that my inexpensive glass screen covers have saved me hundreds (if not thousands) of dollars in broken screens. I’ve cracked or broken a handful of these inexpensive protectors, but so far have had no damage whatsoever to my iPhone’s screen.

But, while glass screen protectors have saved my bacon several times over the years, there is one other precaution I take with all of my iPhones (and other small devices)—AppleCare+. While I don’t get it for my desktop Macs, I do get it for most of my portable Apple products, especially iPhones.

AppleCare+ is Apple’s insurance plan for its products. You can buy it for your iPhone at any time within the first 60 days for $130–$200 (one-time payment) depending upon your iPhone model.

The main reason I recommend it is that if you do break your iPhone’s screen, you’ll pay just $29 to have it repaired, instead of the $129–$329 it would cost without AppleCare+.

Finally, if you add the additional loss and theft protection for a one-time payment of $70–$100, you’ll pay only $199–$269 your iPhone is lost or stolen. With iPhones now selling for as much as $1,449, it’s a small price to pay if you are likely to lose or destroy your iPhone.

So… while I usually recommend against extended warranties, which are often a huge money-maker for the manufacturer, I recommend AppleCare+ for iPhones for all of the reasons above.

If, on the other hand, you’re careful with your iPhone and don’t ever break or lose them, you could save a small fortune over the years by not buying AppleCare+.

On the other, other hand (assuming you have three hands), a single accident or theft could cost you hundreds or even thousands of dollars.

Which is why I get AppleCare+ for all of my iPhones.

4 thoughts on “Protecting Your iPhone”