Apple Maps has been updated to reflect the area of Washington D.C. now known as Black Lives Matter Plaza. Cult of Mac noticed that its likely that an older imager of the street has been edited to feature the road painting that now currently exists.

Black Lives Matter Plaza is a two-block section of downtown Washington, not far from the White House, which was renamed by Mayor Muriel Bowser on June 5 following the death of George Floyd while in police custody on May 25. Not only has the street been renamed, but “Black Lives Matter” has been painted onto it in 35-foot capital letters. You’ve likely already seen it if you’ve been on social media or read the news at all in recent days. Now you can get an even better view of it inside Apple Maps.

Check It Out: Black Lives Matter Plaza Seen From the Sky in Apple Maps 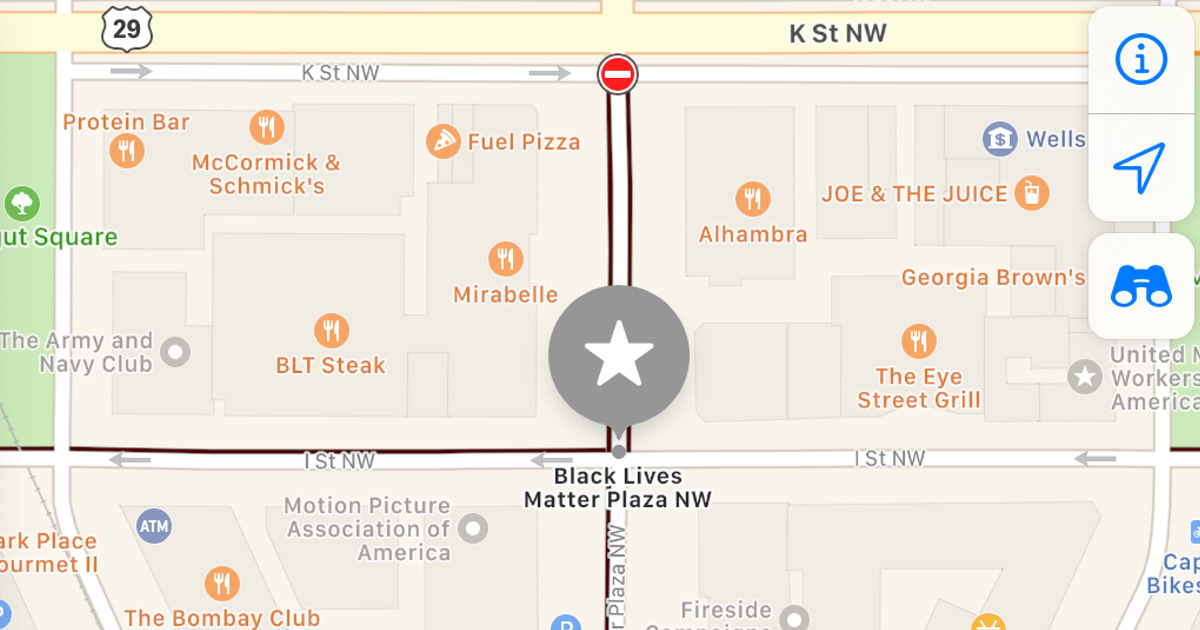